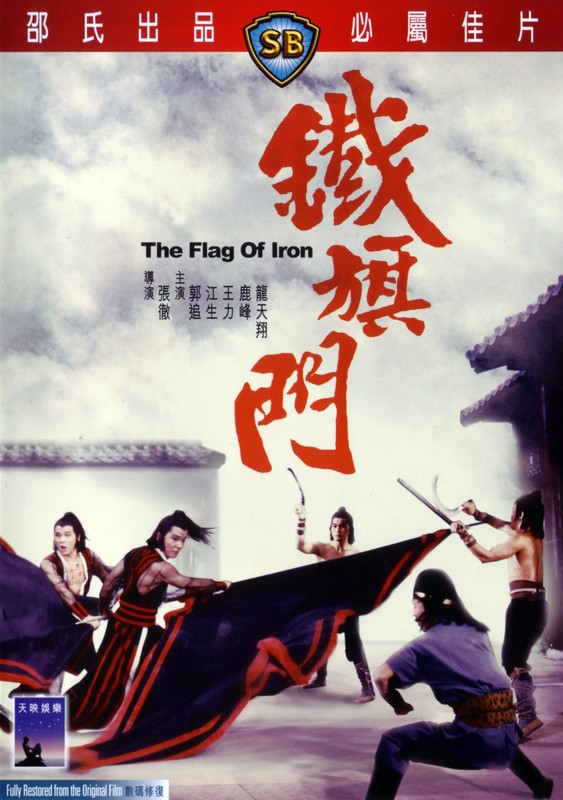 I really hate it when people say "who watches these films for the story anyway?", because I actually do... but sometimes really good action can compensate for failings in other areas. The action in FLAG OF IRON isn't quite that good, but the film has some other redeeming aspects too (like Lung Tien-Hsiang's sideburns) and is generally an entertaining watch (though sometimes you're laughing at, not with).

Not quite a good film, but can't bring myself to call it "bad" either. Worth a watch if you like Chang Cheh's Venoms-era films, basically.