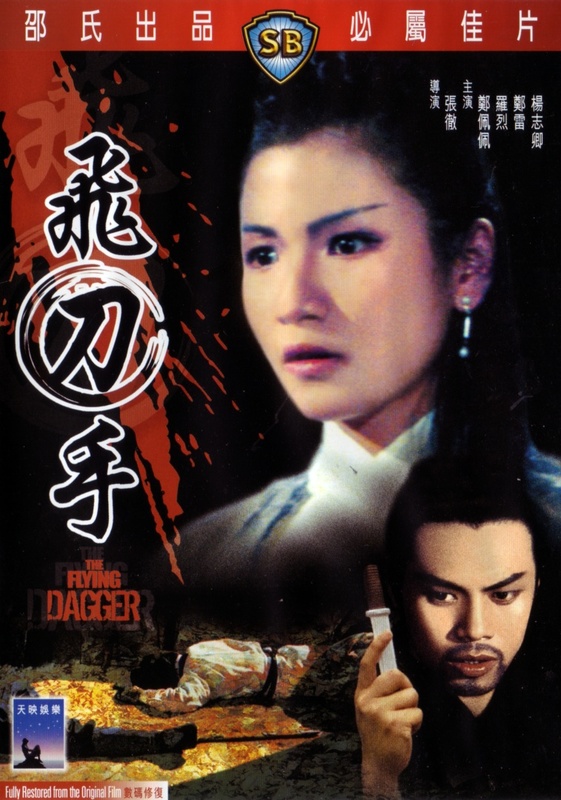 The Yu family earn the ire of the Green Dragon clan when the daughter (Cheng Pei-Pei) kills the clan chief's son (who had just raped and killed someone). The Green Dragon chief wounds family head Yu Yuan with his flying daggers, and kills many others who try to protect the noble family. Wandering swordsman Ying Qing (Lo Lieh) saves the family in a fight, using his own flying dagger skills, but his allegiances and motives are unclear - he mostly seems to be showing off.

The film has many Chang Cheh touches, such as the blood-spurting death scenes and the stoic loner hero, but still keeps ties with the more romantic swordplay films that defined the 1960's. Chang obviously feels more for the macho Lo Lieh character than Cheng Pei-Pei, but gives his leading actress plenty of screen time and enough acting space to shine. The cast features many of the wu xia regulars from the time, with Yeung Chi-Hing given plenty of chances to demonstrate his classic bad guy laugh. The film mostly belongs to Lo Lieh though, who smoulders cooly and never looked more darkly handsome.

Fight scenes are alright for the time - i.e. not very complicated or sophisticated. The Flying Dagger skills don't come across as particularly impressive in a fight - King Hu would have made them cooler! The drama is stronger than the action in this one.