Directed by
Genre
Surreal and Stylish 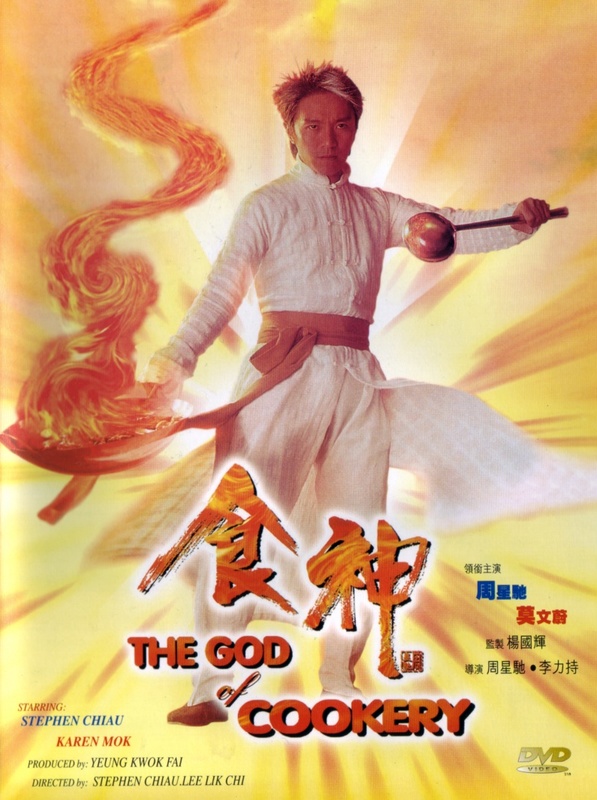 GOD OF COOKERY is a strange and surreal film, all pumped full of melodrama to the point of bursting. Stephen Chiau is the God Of Cookery, and a proper bastard. Betrayed and down on his luck, he is taken in by street Noodle vendor Karen Mok, and learns some lessons about life. Not all that many, but some :-)

From the start I loved the feel of the film - the complete melodramatic overflow. Jingle Ma's cinematography plays a big role in this, and deserves commendation. Scenes are staged and shot brilliantly OTT. Most of the comedy in the movie comes from playing up this absurd melodrama, rather than lots of verbal jokes. It's just the way characters will face off at each other, and the camera will linger on their facial expressions just long enough to make them ridiculous, and other such things. Add to this the way the cooking scenes are (brilliantly) filmed in such a gloriously serious kung-fu style.

It felt more surreal to me than most Chiau films do, though on reflection if I'd treated From Beijing With Love in the same way I might have enjoyed it more. There's less heart and message than you'd find in the best of Chiau's films, but the visual and directorial style make it a lot of fun to watch.