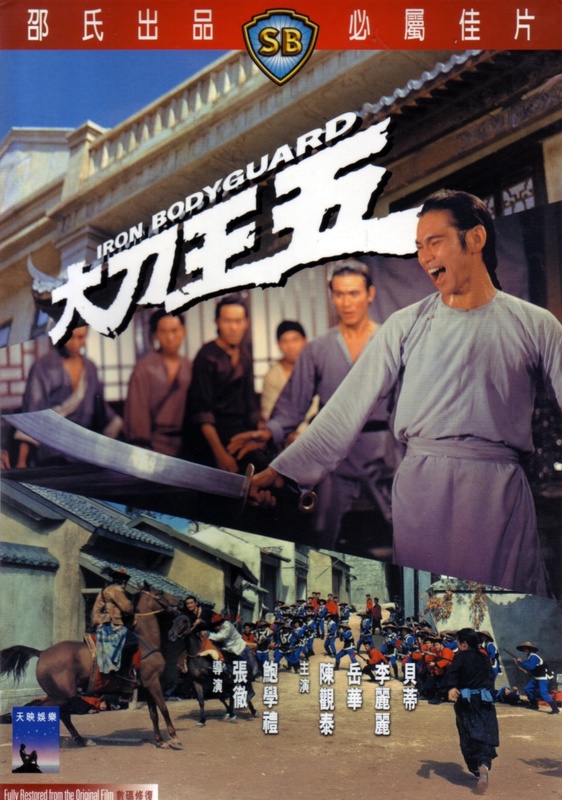 An Iron Bodyguard (head of a security firm) called Wang Wu (Chen Kuan-Tai) meets a scholar (Yueh Hua) and forms a strong friendship with him after they fight some villains together. The scholar is a member of the reformists - a group of scholars pressing for social reform in China towards the end of the Qing dynasty. The Emperor is actually all for reforms, and appoints this group to run the country. This doesn't suit the Empress Dowager though, as she has no intention of losing her power. She orders the reformists to be arrested, and Chen Kuan-Tai hence gets drawn into politics despite having no real political views himself. It's all about friendship.

Iron Bodyguard stars several of my favourite Shaw Brothers stars - Yueh Hua, Chen Kuan-Tai and (briefly) Betty Tei Pei. It's got a solid script, featuring a gentle sprinkle of politics and philosophy with the classic themes of loyalty, honour and heroism. Chang Cheh shares director credit with Pao Hsueh-Li, but discussion over at MHVF suggests Chang Cheh may just have lent his name to the film to promote it, and have done little or no actual direction. This makes sense as it doesn't feel like a Chang Cheh film very much... it's better directed than most of his films for one thing ;)

Technically the production is good - the typically beautiful Shaws costumes and sets create a nice mood, though the architecture seems no different at the end of the Qing dynasty than at any other point a Shaws film has been set :p). Cinematography is pretty good, but there's an overuse of dramatic zooms. Seems like the camera is always zooming in or out on something.

The fight scenes in the film were choreographed by Chang Cheh's regular duo of Tang Chia and Lau Kar-Leung, and they're pretty good. There's some fist action and some sword action, with Chen Kuan-Tai sporting a huge sword that looks very impressive. The choreography's not Sammo Hung standard, but it's alright.