Directed by
One of the best Gu Long adaptations 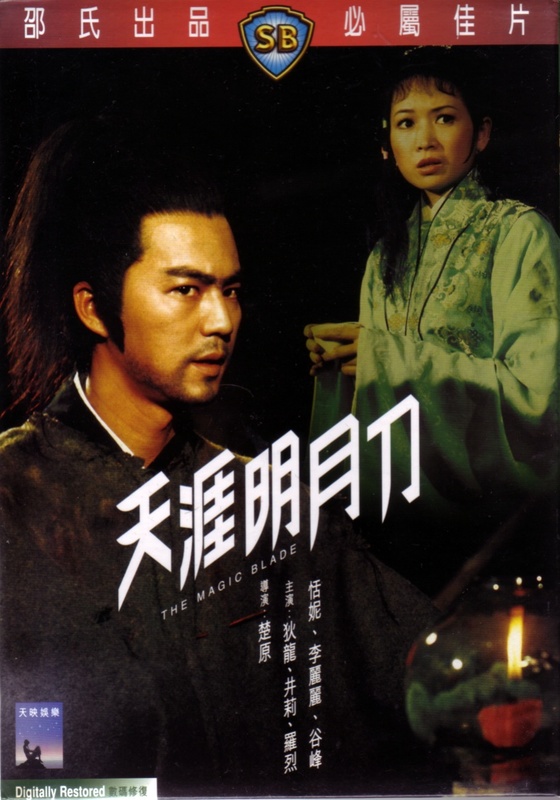 THE MAGIC BLADE was the second time Chor Yuen adapted a novel by Gu Long for the screen, following a similar approach to Killer Clans. The subject is once again the fight for dominance of the jiang hu, with a weapon called the Peacock Dart playing the central role, as it is believed that whoever holds it will have invincible power.

Ti Lung plays a morose but chivalrous swordsman, reckoned to be the top fighter of the martial arts world. He unites with Lo Lieh to attain the Peacock Dart before it can fall into the hands of the villainous Master Yu. The plot is a complex web of deceptions, intrigues and ambushes as only a wuxia movie can be, but is much easier to follow than many or most others.

Chor Yuen - or perhaps I Kuang - resists the temptation to try to cover all the plot points and just lets it unfold with a sort of dreamlike logic, where nothing exists outside the jiang hu. The film features the opulent art direction that characterises Chor Yuen's wuxia films, with elaborate costumes and sets often filmed through layers of gauze or from behind vegetation. Much of the film is set at night, with sound stages surrounded by an inky blackness devoid of stars or moonlight that reinforces the idea that the jiang hu is like a separate world, where the normal rules only loosely apply.

My Mandarin is all but non-existent but even still I could tell that the subtitles don't do the poetic dialogue justice. Often characters would deliver a series of lines with a clearly poetic cadence and the subtitles would just translate it as "Yes" or something (side note: the iTunes release has almost identical subtitles to the IVL DVD but with a few lines missing or mangled).

There's lots of action, choreographed by the legends Tang Chia and Huang Pei-Chi, all of a fantastical nature with wires and trampolines and cunning editing all featuring more prominently than the physical skills of the performers. It's well choreographed and filmed though, even if it looks technically primitive compared to later developments in the wuxia genre. Ti Lung's signature weapon is a sort of bladed tonfa that looks impractical but is distinctive, and I can't argue with the results he gets from it. There's a small army of stuntmen on board, including what appears to be the entire Yuen Clan, so there's plenty of impressive acrobatics on display.

The Peacock Dart is described in quite compelling terms as emitting strange and beautiful rays of unfamiliar colours that cause those nearby to die in mysterious ways, but I guess Chor Yuen couldn't figure out how to capture that because when it's actually used it just causes lots of smoke and flash bombs to go off and extras to dive and somersault about the screen.

THE MAGIC BLADE is probably one of the better attempts at wuxia from the 70's, and definitely one of the best adaptations of a Gu Long novel. I'm sure it would be even better with a new subtitle translation that captured the tone of the dialogue as well as its semantic content.