Directed by
2/10 - One of the worst films ever made 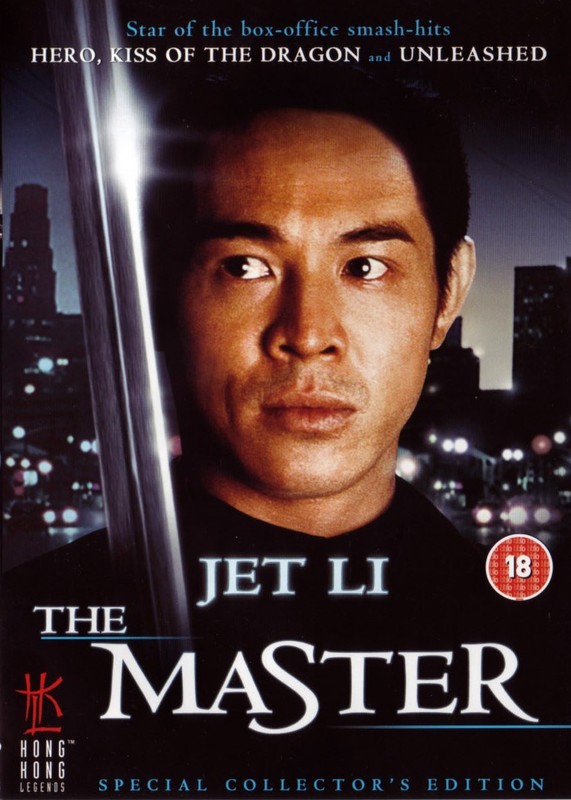 THE MASTER, filmed in 1989, was the first collaboration between director Tsui Hark and actor Jet Li. It was also, as it happens, the first Hong Kong film I ever bought. As if that were not enough, it's also one of the worst films ever made :)

The film was shot in Los Angeles, with a small cast & crew from HK and a larger number of people that were found and cast in America. The communication problems on set are well known, but this isn't sufficient to explain why the film is so bad on basically every level - the story (which seems to have been inspired by KARATE KID), the acting (from everyone, but especially the latino sidekicks Jet acquires), the awful haircuts on the American martial artists but most of all... the dubbing. Much of the dialogue in the film is in English, but not shot with sync-sound. The dialogue was therefore dubbed in later, in many cases by different actors, it would appear, and the voice acting is awful, and doesn't match the lip movements... and the English dialogue is dreadful to start with anyway. It really makes the film impossible to take seriously.

It's not *all* bad though. Good things include a nice role for Yuen Wah, playing a good guy for once. He's also the action director for the film, and has some decent fight scenes. The other good thing is getting to see Jet do some 'real' fighting (wire-free) whilst he was still relatively in his prime.

One might also comment that it's nice to see Crystal Kwok in her first role, but she admits herself that it wasn't a good role for her and she didn't do a terribly good job :p The haircut Tsui Hark gave her also makes her look pretty dumpy :p So that can't really be counted as a good point on reflection :)

What else? Well, basically that's it for the film itself... but taking a broader view, one can assume that if it weren't for THE MASTER, and it's general failure as a film, Tsui Hark and Jet Li might never have got together to make Once Upon A Time In China and been driven to make it so bloody good - and that would clearly have been BAD!

In fact, THE MASTER was so bad that upon completion it was shelved as unreleasable - and when you consider this was a Hong Kong film, that's really something! It wasn't until 1992, after ONCE UPON A TIME IN CHINA had made Jet a huge star, that THE MASTER was actually released (under the cash-in Chinese title Wong Fei Hung 1992). Part of me wishes it had stayed on the shelves, as it's truly the kind of film that gives martial arts films a bad name - it might well have been the *last* hk film I bought, the experience was that disappointing - luckily I was able to take it back to the shop and swap it for another one, which I guess was better. I'm sure it's turned more than a few people off HK cinema forever though.

Looking back on it now I've got a few hundred (thousand?) more under my belt, it's quite interesting from a 'historical interest' point of view. Knowing that the people involved are capable of so much better than this, it is quite fun to watch it and simply admire the catastrophic cock-up they all made on this occasion :)

The reason for my revisiting of the film is, of course, the new release from Hong Kong Legends. It's a fine release - they've got a nice hi-def print from Fortune Star, included an English dub (almost redundant for this film) and the original Cantonese/English track in 5.1 or the original, unmolested mono. Subtitles are pretty well translated, and appear only when Cantonese is being spoken. The film really doesn't deserve any better, or even this much.

Possibly more interesting than the film itself is the interviews on the disc though - one with Crystal Kwok, a rare one with Yuen Wah and a surprisingly interesting one with American stuntman John Kreng. There's also a commentary track from Bey Logan, which I'm sure is as interesting and informative as all his other commentary tracks I've never listened to ;)

So, if you're looking for a decent martial arts film - perhaps you're somebody that's just discovered martial arts after seeing Jet's Hollywood stuff - for GOD'S SAKE don't get this one! If you're the kind of obsessive fan who has already bought most of Jet's films 3 times, then HKL have at least finally produced a version of THE MASTER that is somewhat worth owning :)