Directed by
8/10 - Gorgeous production with interesting characters and plot 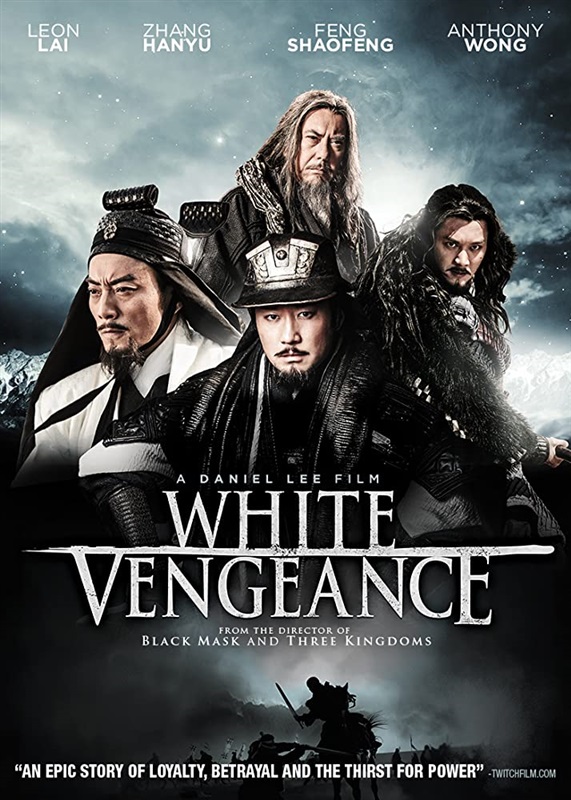 Tells the story of The Banquet at Hongmen, an event that marked the transition from the Qin Dynasty to the Han Dynasty in Chinese history.

Liu Bang and Xiang Yu are leaders of insurgent forces who work together to defeat the last remnants of Qin forces, but then each set their eyes on becoming emperor of the new dynasty. They both turn to their respective strategists, Zhang Liang and Fan Zeng, for advice. The advisors each formulate plans in an attempt to ensure their sponsor's success over the other, and engage in a battle of wits and cunning to achieve victory over their oponent. The opposing forces both put their plans into action starting at a banquet at the Hongmen Gate. Whose cunning will prove to be greater, whose foresight will be longer? Who will emerge victorious in the end?

White Vengeance is a gorgeous production of suitably epic proportions, built around a well written script that succeeds in bringing these historical events and characters to life. The battle of wits, cunning and bravado makes for a great story, and the cast have been well chosen to fill their roles. Anthony Wong is particularly good as the aging, blind strategist, but the show is nearly stolen by Jordan Chan in a supporting role that gives the film two of its most memorable scenes. The presence of Liu Yi-Fei, whose face is surely the strongest argument for the existence of God that man has conceived, is of course most welcome.

The film has a number of battle scenes, which are generally very well executed. CGI is obviously used to make the massive armies seem truly massive, but is mostly eschewed for any close-up combat situations, with good old-fashioned people and the occasional wire, and just the occasional bit of CGI when somebody needs a sword, arrow or spear to go through them without alarming the film's insurance company unduly. This makes for some highly satisfying scenes of combat and carnage.

It's the dialogue and the characters that make the film though. Unfortunately, things do get a bit derailed towards the end with some scenes that are simply overcooked, and performances that lose their subtlety and break the illusion that we really are witnessing events as they unfurled. It's a shame, but the flaws aren't sufficient to undo the good work that comes before them.