Directed by
8/10 - Over-reaches in places, but surprisingly good overall 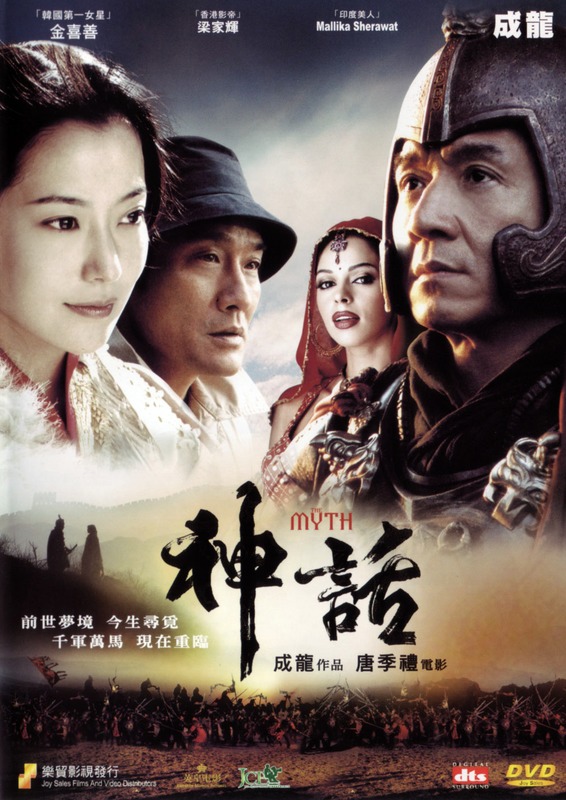 Has there ever been a film that attempts as many different things as THE MYTH? Can a historical epic really marry with light science-fiction? Can antigravity and reincarnation exist in the same film? THE MYTH proves that they can, and even throws in bits of romantic melodrama, kung fu comedy and Bollywood-style dancing on top of that!

Jackie Chan plays Jack, an archeologist who has recurring dreams where he's a general in the Qin dynasty on a mission to escort a Korean princess to be his emperor's concubine. Probably the sort of thing archeologists dream about all the time, but Jack feels that these dreams are a bit more than random brain activity. His physicist friend (Tony Leung Ka-Fai) enlists Jack's help to investigate the myth of a Qin emperor whose tomb alledgedly floated in the air after his death. "It's just a myth", Jack opines... but something compels him to join the mission.

The film flits back and forth between the present day and the Qin dynasty, with Jackie playing a character in each time period. The transitions are quite nicely done, developing the story at both ends in a pleasing way. The story, it must be admitted, is a bit daft - Stanley Tong is not a great writer, but you have to admire his inventiveness and ambition. THE MYTH could easily have been turned into 2 or 3 decent films, but he decided he was going to cram everything into one.

This ambition does lead to a few scenes that seem a bit out of place - including, it must be admitted, some of the fight scenes. For the most part, the film is free of comedy - in fact it can be very melodramatic - but then a fight scene will start, and all of a sudden it's the trademark Jackie Chan kung fu comedy schtick. Whilst the choreography and execution are superlative, the shift in tone is quite jarring - particularly because Jackie seems to instantly change character. This only affects the fights in the modern day sections - the period parts feature some really impressive battle scenes with many an extra and a fair amount of gore (the influence of Musa and Hero is definitely felt on those parts). Although the comical fight scenes were amusing and entertaining, this maybe wasn't the right place for them - I think the film would have worked better overall if they had been played straight.

Ambition is probably to blame for THE MYTH's other main flaw - some really dodgy CGI. The clips with fighting horses that were in the trailer are (thankfully) as bad as it gets, but there's some other places where the special effects do not look natural. It seems that Stanley Tong failed to learn anything from Michelle Yeoh's The Touch, as the finale attempts a similarly CGI-heavy action spectacle... thankfully it's not quite as badly implemented as THE TOUCH, but it still doesn't have the impact it was probably meant to (and a good old fashioned brawl would have done).

Apart from these criticisms, however, I found THE MYTH to be of well above average entertainment value. Jackie and Stanley are both to be commended for trying something different, and mostly succeeding. The supporting cast deserve a mention too, with doe-eyed Kim Hee-Sun being stunningly beautiful and busty Malika Sherawat being cheekily sexy, Yu Rong-Guang having a small but satisfying role (essentially a reprisal of his part in MUSA), Tony Leung Ka-Fai carrying his character well and mainland actor Sun Zhou putting in a majestic performance when he enters the tale. There is some very satisfying action and at least elements of the story which make for good (melo)drama.

Personally, I thought THE MYTH was a better film than New Police Story, and Jackie's best for several years. I hope Jackie will consider doing another film that's purely historical, and excise the comedy completely - THE MYTH shows that he's still got it in him to produce another masterpiece before he dies.