Directed by
Genre
Short but sweet 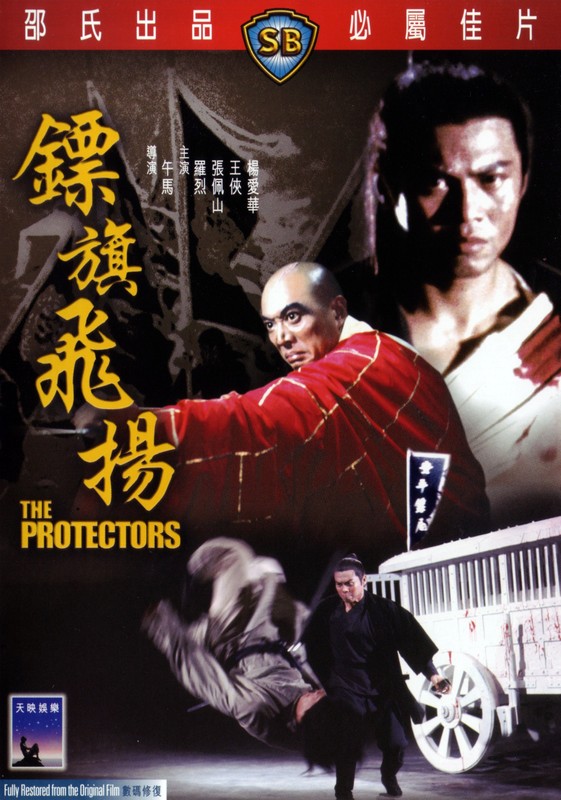 The Eagle Security bureau is the best in the business, thanks to its two top swordsmen. But one of the swordsmen can't help noticing he's not getting rich, and is persuaded to join a scheme to steal one of the bureau's shipments.

The Protectors is a nice little swordplay film - and when I say little I mean it: the IVL dvd runs just 62 minutes! I'm not sure if it was ever meant to be longer (apart from the usual PAL->NTSC speedup and frame cuts that the Celestial/IVL discs have), but it works quite nicely in this form - a simple, straightforward tale of dastardly deeds and derring-do, shorn of any fluff... or depth, as some people call it.

Lo Lieh is stoically charming as always, and the gang of villains are suitably colourful - including Dean Shek, who turns out to be quite non-annoying when he isn't trying to be funny.

There's some good action in the film, courtesy of Lau Kar-Wing and Chan Chuen (one of the better action choreography pairings) and it's a good-looking production. It's a good effort and entertaining, but in this form at least there's just not enough to it for it to be called "great". Definitely worth a watch though :-)