Directed by
Genre
Lunatic fun, and points for ambition 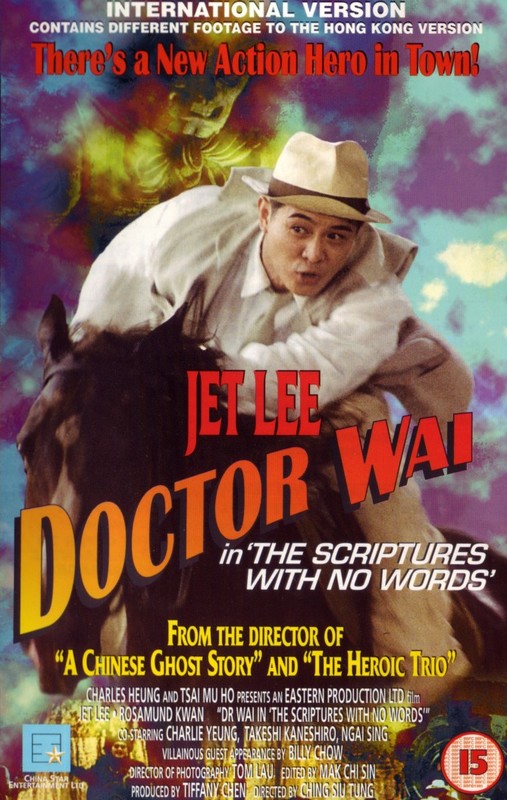 Jet Li is a pulp-fiction writer for a newspaper who has writer's block due to separation from his wife. He finds it impossible to write thrilling stories of the "King Of Adventurers" when his own life feels so bleak. Charlie Yeung and Takeshi Kaneshiro play his colleagues who decide to help him by writing further bits. The movie alternates between the "real world" and the story world, which is constantly being twisted and revised by the conflicting influence of the different people writing sections of it.

The idea for the movie is very clever, with multilayered meanings in both stories that intertwine and develop each other... and yet the overall result is a really stupid movie! But not stupid in a bad way... it's a manic and inventive story with a lot of funny moments. The movie is one of the most ambitious efforts Jet Li has been involved in, and it must have had quite a large budget... crashing a train through a whole town just isn't done cheap... but the finished result feels quite cheap regardless. Perhaps it's just the cinematography, or maybe it's that they didn't have the time or $$ to spend on developing their high-flying ideas as far as they could have done. Mainly I think it's just that director Ching Siu-Tung is one of the masters of wild ideas - and credit to him for getting them to work at all - but he isn't much of a 'details' man. He needs somebody else like Tsui Hark to follow up behind him making sure things get due polish & attention, and clearly he didn't have somebody like that in Dr Wai.

Watching Dr Wai it's easy to see why Jet was tempted by Hollywood... at last the budget to really put good production values on his movies. It's a shame that the trade off for that kind of investment is that the wild crazy ideas that make a movie like Dr Wai fun to watch are always dismissed by the money men.

In some ways I prefer the English dubbed "International Version" of the movie to the Cantonese version - the English dubber is not any more conspicuous and inappropriate than the guy who dubbed Jet in Cantonese, and the script and dialogue are much better expanded and translated in the dubbing. I'd like to see how the HK cut fairs with a good subtitle translation though - perhaps the movie wouldn't seem quite so stupid after all!