Directed by
Genre
Quite awful, but definitely different 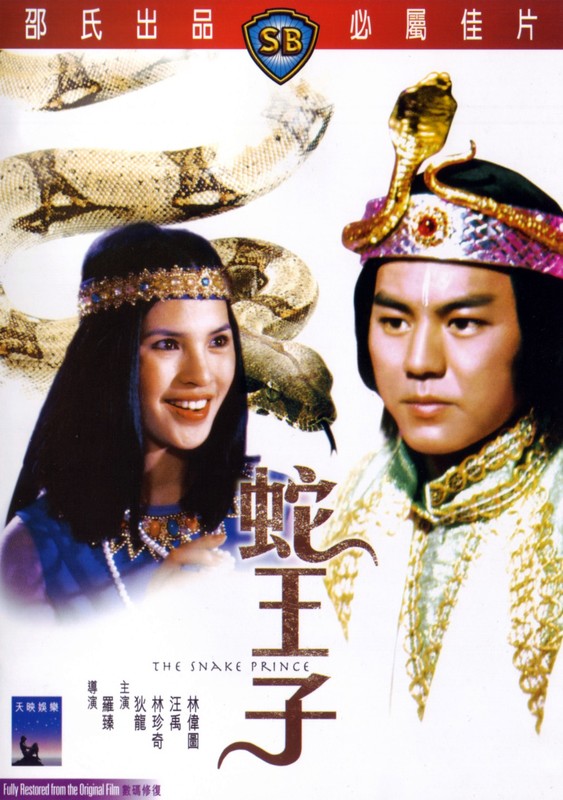 Snake Prince (Ti Lung) is wandering with his snake buddies when he happens upon a beautiful maiden (Lin Chen-Chi) singing a prayer for rain. The song soon turns into a funky dance with the whole drought-blighted village, so the prince and his pals assume human form and join the party. The prince is so smitten with the maiden that he offers to share the snakes' river with the village if he can marry her. The villagers aren't too fond on the idea of marrying off their No. 1 babe to a snake, prince or no, but they really do need that water.

The Snake Prince is definitely an odd film - it's a period fantasy with modern song and dance, a species-crossing love story and a moral tale about, err, not having your cake and eating it or something. It's also quite stupid and not very well made, except for the odd moment when it shows flashes of inspiration. The budget seems to have been relatively high, if nice art direction and some giant snake monster effects are any indication, but it's not clear what audience the film was aimed at. At times it feels almost like a kid's story, or a funky musical for teenagers, but then Got Dik-Wa gets her boobs out and there's some quite bloody violence (not involving the boobs). Who knows what they were thinking. Possibly not very much at all. Ti Lung certainly doesn't seem to have any idea what's going on, or why he was (mis)cast as a Snake Prince.

For the most part a quite awful film, but it's definitely 'different', and Lin Chen-Chi is absolutely gorgeous, so it wasn't too difficult to get to the end... on my third attempt at watching it, anyway.