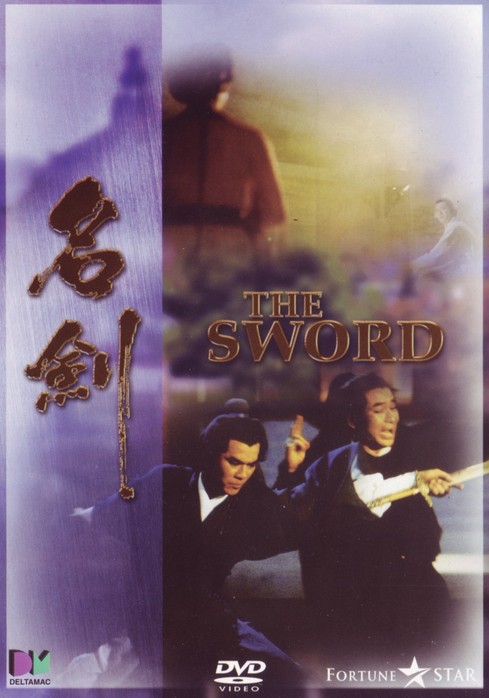 The film has a pretty straightforward plot, although the way it's delivered tries very hard to mask the fact. In summary, a young swordsman (Adam Cheng) has trained for 10 years in swordplay, and wants to find out how good he is. The swordsman Hua is renowned as the greatest in the land, so he sets out to track him down. Hua has gone into seclusion though, and is hard to find. On his route, he bumps into a feisty young swordswoman and his ex-childhood sweetheart, now married to Norman Tsui. Norman also wants to find Hua, in order to get his Harn Hsing blade for his collection. Cheng stumbles on a lead when the young swordswoman is kidnapped, and he is persuaded to go to rescue her. This is also how he comes into possession of The Sword, from which the film takes it's name. The sword was forged by men filled with hate - it is powerful, but evil.

The styling of the film is somewhere between A Touch Of Zen and Ching Siu-Tung's Duel To The Death, though I base this statement largely on shared cast members :-) It doesn't have the masterful cinematography and narrative power of the former, nor the delirious invention of the latter (though it tries). The main point of interest is the action scenes, which are particularly where the above films are useful as reference. Like Hu's film, the action scenes are largely expressed through suggestion rather than explicitly shown... odd edits and camera angles create an interesting feel. There's some wirework going on, but not as heavy or as graceful as in DTTD. The sword fights themselves are not particularly exciting, coming across more as random twisting and clashing than any masterful skill. Better than those in ATOZ, not as good as those in DTTD.

The film shares with other "New Wave" films of the time, such as The Butterfly Murders, an interest in "visual language" which was not common in Hong Kong films - the use of light, shadow and camera placement to express the internal feelings of the characters. It also shares a nihilism/pessimism about life, making for a very dark film.

It took me a few viewings to appreciate THE SWORD, but once I finally did, I understood why people had been saying how great it was for so long :-)