Directed by
Genre
Much better than I was led to expect 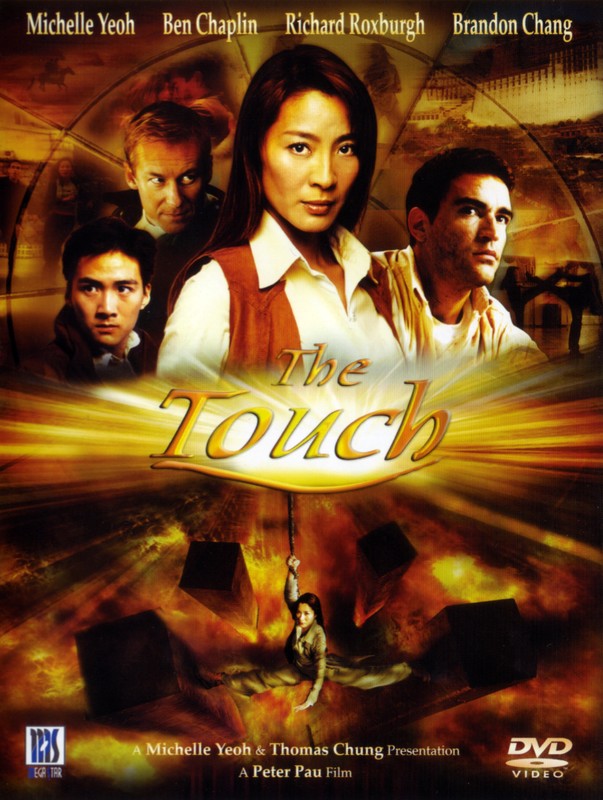 THE TOUCH is Michelle Yeoh's first movie as producer, executive producer and writer (as well as star), and the first movie from her new production company. Now, Michelle Yeoh is a smart and sensible woman (and she can kick ass with the best), so expectations for this big budget production with Peter Pau in the director's chair were naturally high - certainly I had high hopes for it. That changed when it came out and it seemed to be universally acclaimed a major disappointment. I almost decided to pass it over completely, but you know sometimes you have to see a certain movie even if you know it's going to be bad, 'cause it's still a 'significant' or 'important' film in some sense.

Thanks to all the negative press, my expectations for the movie were much lower when I sat down to watch it... I mean, we're talking the kind of expectations that make The Blacksheep Affair look like a good film... so it's not really a surprise that I found myself enjoying THE TOUCH. But I mean I found myself really enjoying it. A lot!

First with the bad, the reasons people were presumably disappointed. There are some very cheesy moments in places, moments and lines that feel too artificially inserted, too 'script'. There's some bad acting in places - some from the bad guy's goons but most notably from Brandon Chang, who plays Michelle's younger brother (his girlfriend was pretty bad too, but she didn't have as much chance to show it). And most notably there are some really terrible special effects in the climactic finale - about 15 years out of date :(

But then with the good! First surprise, it's really funny! Most of the humour comes from the guest gweilos Ben Chaplin and Richard Roxburgh, both of whom have really good characters and some brilliant lines. They also break a long tradition of white actors in HK films by being really good, and not at all annoying. Richard Roxburgh's villain in particular is a charismatic classic. Then there's the story, which is all quite cheesy, but reasonably involved and well developed. It's a good old fashioned adventure yarn. And then there's the production values... especially the great sets and locations filmed beautifully by Peter Pau. The soundtrack is really good too, though it sounds very Hollywood (I'm not normally a fan of Hollywood's overblown and generally forgettable soundtracks, but I like this one).

It must be said that The Touch does in many ways feel more like a Hollywood movie than a Hong Kong movie - the fact that it is 95% filmed in English undoubtedly being part of it. Hong Kong film makers normally fail miserably when they attempt to make a Hollywood style movie, but I think that this case represents a near success. If it weren't for those dreadful special effects I think it would have a very good chance of competing on the Hollywood distribution circuits. I believe the production company have taken the unusual step of hiring a different firm (the normally excellent Centro) to completely redo the special effects for a US release. This may be one case where the US version of a HK movie actually improves on the original.

One thing that is expected of a Hong Kong movie starring Michelle Yeoh is obviously a high calibre of action. This is perhaps where the movie disappoints, as there isn't as much action in the film as I expect most viewers would have liked. There are a couple of fight scenes that show off Michelle's skills well, but Kuo Choi's choreography isn't all that exciting unfortunately. Not bad, but not up to the standard of Michelle's fights in Royal Warriors, for example. Especially disappointing is the final climax, which should have been a raw bone crunching showcase of martial arts prowess but is in fact a limp showcase of terrible CGI. Bad call to go the special effects route, Michelle!

If I hadn't had my expectations lowered by those who saw the movie before me, I guess there's a fair chance I'd have ended up disappointed in THE TOUCH too. Because I wasn't expecting too much, I found much more to enjoy than I bargained for. In fact, I'd say I enjoyed the movie more than any other 2002 Hong Kong movie I can think of (not saying much admittedly, since 2002 was a terrible year for HK movies). It's a movie I will happily watch again (though I'll wait for the US release perhaps) and have no hesitation recommending to others.