Directed by
Genre
Should have been better 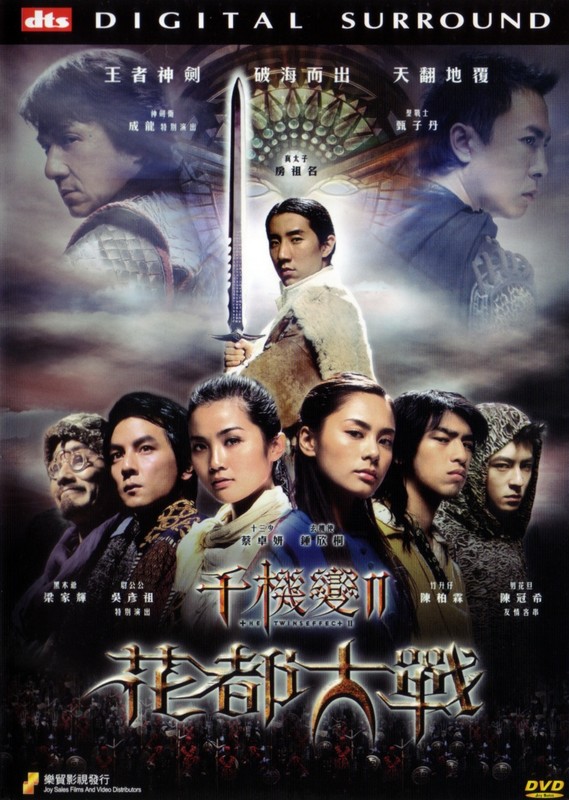 My understanding was that TWINS EFFECT II was changed from a proper sequel to the Twins' vampire-busting film to a period film because the (mainland) Chinese authorities wouldn't allow a film to be released that featured "supernatural" elements, such as vampires. I am a bit puzzled now though, because TWINS EFFECT II features plenty of supernatural things - no monsters, but lots of magic powers and what-not (and prophecies of destiny etc). It's slightly reminiscent of STORMRIDERS, but less epic and vastly more juvenile :)

Gillian & Charlene play "Dumbbell Traders" - women who trade in male slaves, in a land ruled by an evil queen where all men are slaves and love is outlawed. Jackie Chan's son and some gawky teenager play two such dumbbells, who come across an artefact that implies one of them might be the true king of the land - thus begins a quest, of sorts, and a love story. Aww, how sweet?

Charlene Choi is in full on sassy mode again, whilst Gillian Chung has the quieter, more serious role (again). The film makes it clear just how much Ah Gil has outgrown Ah Sa in every way - her acting and her appearance are much more mature, and I think the time for the Twins phenomenon must be running out. I think this is the debut film for Jackie Chan's son Jaycee Chan, and I'm sure nobody is at their best when they're thrust into a leading role for their first performance, but I have to say he comes off especially badly - he has zero acting ability or charisma, and he's sadly inherited his father's looks (but without the talent to compensate). Daniel Wu gives a fairly good performance, and Donnie Yen has presence as a character called "Crouching Tiger Hidden Dragon", but the only really great performance in the film is a hilarious cameo from Tony Leung Ka-Fai.

The film does have high production values, with some great sets and costumes, but they're kind of wasted on the juvenile story and direction. There was potentially a great film in here, but not with this cast and crew.

The film does have quite a few fight scenes, choreographed by Donnie Yen I would assume, since they rely heavily on over the top wirework and his personal favourite, digital stuntmen. There are some very innovative wire sequences, but the quality of the computer graphics is very poor, and the digital scenes are very unconvincing and unimpressive. The special effects in this film are actually worse than those in STORMRIDERS. The action scenes also suffer from some major plagiarism - there are lots of moves and shots lifted from any number of Yuen Wo-Ping films, which is to be expected from Donnie, but there are also a couple of shots ripped off blatantly from Ryuhei Kitamura's Azumi. Does he really need to resort to that? Worse still, the highly anticipated Jackie vs Donnie fight is almost a remake of the Donnie vs Jet fight in Hero. How short does he think people's memories are?

All in all, Twins Effect 2 is not a good film - but it has moments that are enjoyable, especially if you think of it as a kid's film, which I guess you have to expect with a vehicle for Twins. Given the time and budget they had for making the film, it's somewhat unforgivable that they didn't do a better job though.