Directed by
Genre
More innovative action scenes from the master 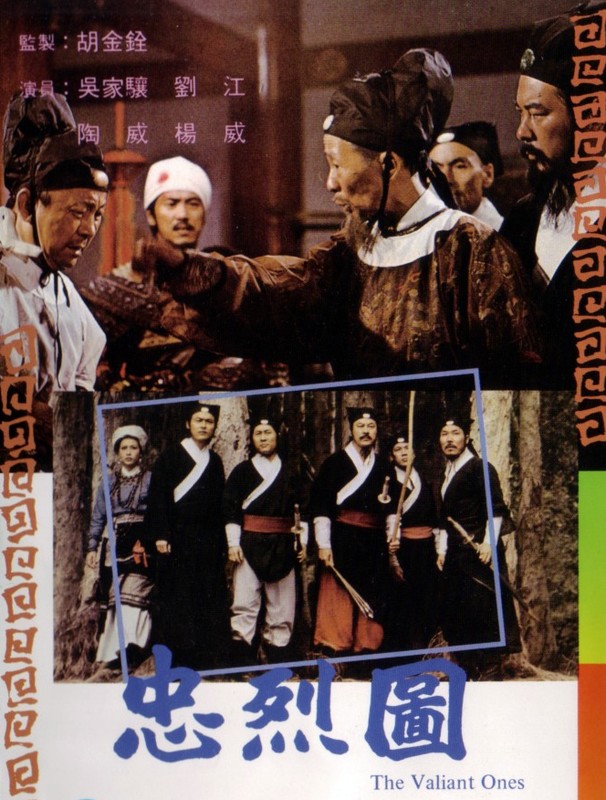 Few directors interest me as much as King Hu, whose influence on Hong Kong cinema is virtually unparalleled... or perhaps it's just because his movies are so hard to see :) Either way, I was very excited to get the chance to see THE VALIANT ONES on the big screen.

King Hu's skills as a film-maker were broad, but it was primarily his innovative approach to filming action sequences that made his name. He's basically the guy that invented the Wu Xia Pian as we know it. THE VALIANT ONES is very much an action movie, filled with sword fights inventively choreographed by a young Sammo Hung and even more inventively filmed by King Hu.

The plot is none too complex - a dignitary assembles an inordinately talented bunch of fighters together to tackle the pirates that have been decimating a region. The fighters use their superior intellects and kung fu to tackle hordes and hordes of their foe. The schemes and machinations that the characters employ are relatively straightforward for King Hu, with the focus definitely being on setting up the fight scenes. Battles happen frequently, and can last for quite some time.

Our heroes are all clearly real professionals, masters of swordsmanship and strategy. They are an interesting bunch of characters, with Hsu Feng's silent but deadly swordswoman being the audience favourite. Their opponents are clearly no match for them most of the time... until they start getting closer to the pirate's lair, and the opposition gets progressively tougher. The leader of the Japanese pirates is played by Sammo Hung himself - clearly a match for most fighters :)

Sammo Hung's influence on the fight choreography is clear - very aggressive, high impact fights. King Hu's editing further enhances this by foregoing the long shots typical of kung fu cinema before him and pioneering the rapid edit, active camera techniques that would later become the standard in Hong Kong action movies. The action scenes do not require particularly much physical skill from the performers, as the editing gives them more than human skills itself. Obviously King Hu's style was very influential on Tsui Hark in particular - the camera techniques in the final fight of The Blade are stolent outright from THE VALIANT ONES.

THE VALIANT ONES is not on quite the same level as A Touch Of Zen or Come Drink With Me, primarily because it is so action-focused. Outside the action scenes things are handled competently, but not with the same layers of depth or attention to detail that his most famous work exhibits.

It's a rare movie that can totally satisfy in all respects though, and it's a credit to King Hu that even one of his lesser works comes close. When it all kicks off in the final reel, any shortcomings are soon forgotten.