Directed by
Genre
Maybe better if you speak the language 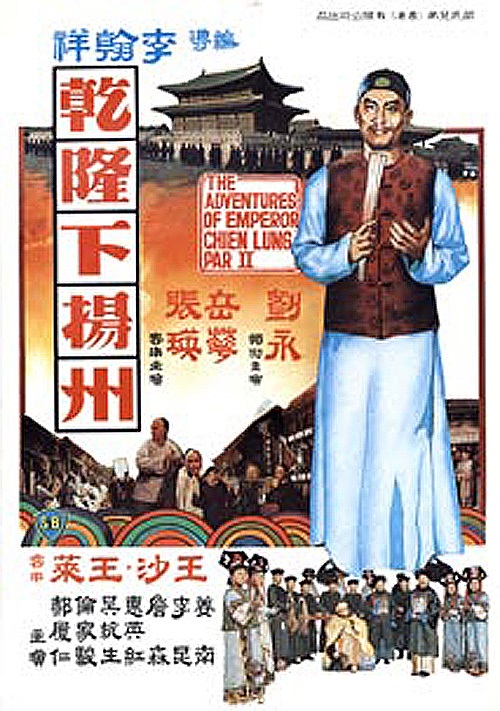 This was the first of the Emperor Chien Lung films that I decided to watch, for some reason, so I'm not sure how it builds on the previous two. In this film, the Emperor travels incognito and encounters various characters who affect him in some way (presumably the implication is that these encounters shape his leadership of the country). The film is bookended by vignettes of the Emperor challenging his wittiest courtier with various supposedly impossible bets.

The film is rather episodic, and seems to rely heavily on linguistic tricks and puns which render the 'wittiness' of many scenes largely incomprehensible to one who does not speak the language - or perhaps I'm being generous in assuming that it would make a difference, since other supposedly witty or amusing moments that were not obviously based on wordplay were still not very witty or amusing (as a rule of thumb, any time a film feels the need to add a "comedy" sound effect to indicate that something is funny, it really isn't).

Whether the flaw was in the viewer or the viewed, the result was that I was not much entertained by the Emperor's voyage, and my mind had wandered before the end credits rolled. The production values are typically high (i.e. nice sets, costumes), and there's a brief action scene that raised my interest momentarily, but not enough that I'd recommend the film - at least not to anybody not fluent in Cantonese or Mandarin.