Directed by
Genre
An important step for Bruce to make, but falters a little 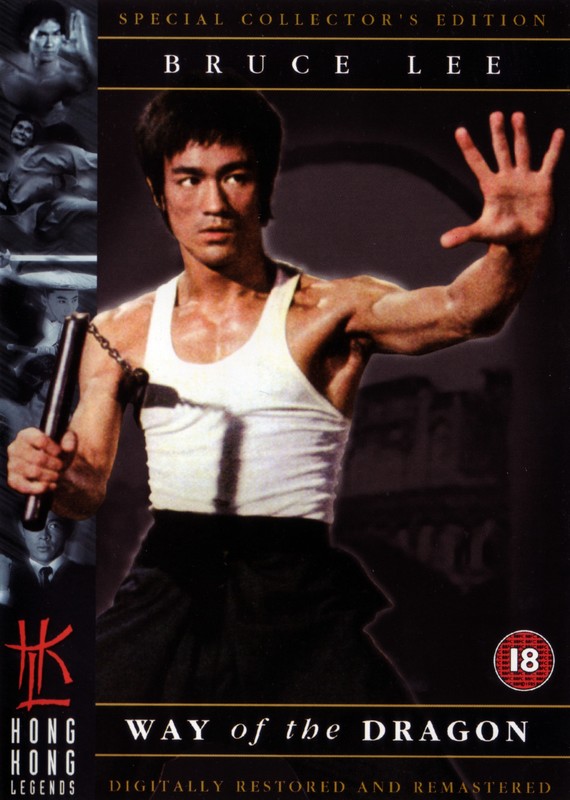 This was my favourite of the Bruce films when I first saw them. I can't specifically remember why, but I think it was mainly because the story seemed the most interesting. Re-evaluating now, I like it less. Bruce plays the HK country boy who is sent to Italy to help out a family member whose restaurant is being bullied by the local bad guys, who desperately want the property for reasons that they never care to explain. The staff of the restaurant are just as determined not to give it up, but with the bad guys scaring away all their customers they're in a pickle. Nora Miao is rather disappointed that her uncle sent a country boy who can't speak English (apparently the lingua franca of Italy at this time!)... until he demonstrates his prowess in kung fu. The staff quickly rally behind Bruce as their saviour, believing that the bad guys can't possibly win against his skill... but one thing you should learn from Bruce's movies is that bad guys don't give up so easily.

This was Bruce Lee's first film as director, and he does a fairly good job of getting his story across, but his ego shows through... especially in the fight scenes. Most of the scenes consist of one or more bad guys rushing at Bruce and being taken down with a couple of blows the second they get in range. It's just past the one hour mark before somebody actually lands a blow on him, and even then only because he was distracted. Admittedly it's not until the end that the people he's fighting are actually supposed to be martial artists (and actually are Martial Artists for that matter), but the fights lack the thrill of those in FIST OF FURY because the other fighters are basically just props for Bruce to demonstrate his moves. The much lauded fight with Chuck Norris in the Colloseum is the exception to this, and it is a very well paced fight... the filming and editing is very effective at creating the atmosphere of a fight (except the random shots of a kitten cut in for no clear purpose), though the actual choreography is a bit awkward. Also, even if Chuck Norris was actually a very well qualified martial artist in real life, it's hard to ignore the fact he's a mildly overweight gwailo with a rug on his chest who simply isn't very much fun to watch.

Overall, I'd rate WAY OF THE DRAGON above BIG BOSS but below FIST OF FURY, looking at them now. Overall, still an important movie in the development of the Martial Arts movie, but Bruce allowed himself a little too much ego indulgence in his first movie with total control. Truly essential only for fans of Bruce or the quite lovely Nora Miao.

2006 edit: After watching the film again in the original Mandarin, my opinion hasn't changed much. Since I wrote this review in 2001 I've seen many more films from the era, mostly from Shaw Brothers, and have to say that in most respects, this is a mediocre film compared to many others that were being made at the time. As with The Big Boss, the only thing that redeems the film from being a waste of time is Bruce Lee's skill and "screen presence", both of which are of course undeniable. It's really for that alone that the film gets 6/10.