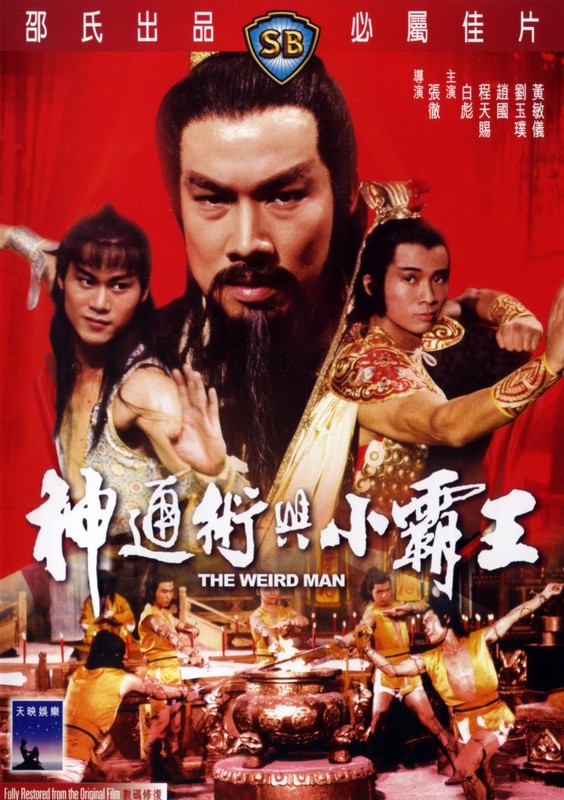 I don't know what cocktail of drugs Chang Cheh was taking when he came up with this film, but I would love to try them some day! The plot is barely discernable, but essentially there is a taoist hero (with a touch of Jesus H to him) who is killed by the leader of one of the Three Kingdoms, but this is barely even an inconvenience as his spirit hangs around being mischievous and acrobatic, with some rather ambiguous plan to put right the kingdom's problems... or something. Frankly I didn't follow the story too much, as it seems to have been a minor concern here anyway.

Basically the film is all about taoist magic and kung fu, with the ugly but remarkably acrobatic Cheng Tien-Chi causing all sorts of chaos as he goes around possessing people and making them fight each other, often for reasons that remain obscure. I think Chang Cheh must have been extremely bored of making martial arts film after martial arts film for Shaw Brothers by this point in his career, and really was more concerned in what interesting and innovative action he could put on camera than telling yet another story of macho heroism.

I've observed a few times that Chang Cheh's films seem to get "cheaper" as his career progressed, and this film is no exception to that. I've no idea if his budgets really did keep getting cut, or he just became less concerned with production values. Sets and costumes are mostly very generic, and there's a sense of sloppiness in places that puts the film at the opposite end of the spectrum to his epics of the early 70's. Really the film only survives on the strength of the action and the bizarre ideas that its writer/director comes up with. As such, it's hard to call it a "good" film, but it's certainly an interesting one and reasonably fun to watch.