Directed by
Genre
This may be the only positive review the movie will ever receive :) 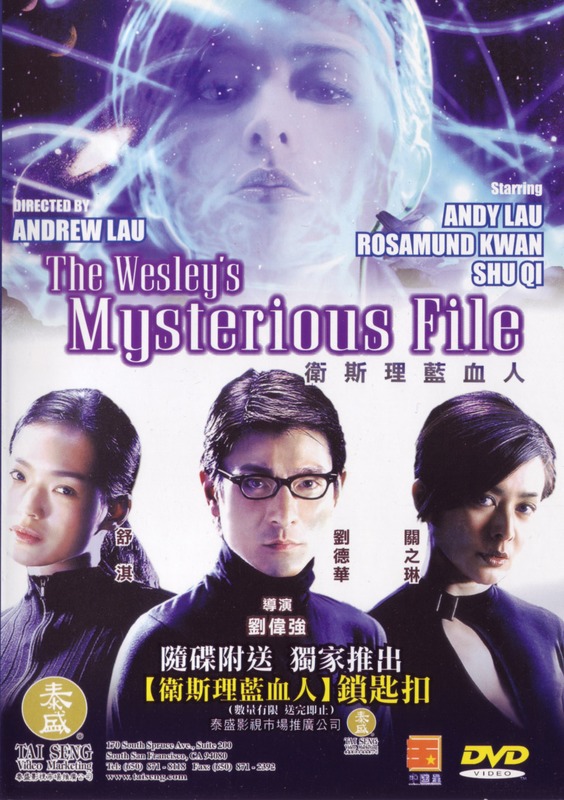 Now I'll admit that as a person I'm easily annoyed... but in the grand pantheon of aggravations there are few things that annoy me as much as the gleeful "disappointment" everybody likes to express whenever Andrew Lau and Wong Jing make a movie together. "Disappoint" must imply that you were expecting something you did not receive... and if after all this time you expect Andrew Lau and Wong Jing to have suddenly developed a fine appreciation of characterisation, narrative or subtlety then you've only got yourself to blame. In a time when lack of originality is often decried as the greatest sin in the world, the fact that the producer/director duo have produced a string of completely unique movies seems to go absolutely un-applauded.

That said, in a string of movies that might fairly be described as grandly conceived but roughly executed, Wesley's File does stand out as being remarkably badly made. This is basically the fault of the script, which is best summarised as "stupid" I think. Kind of like MEN IN BLACK meets STARMAN, but obviously the product of muddled brains (or a complete lack of effort). Characterisation suffers as a result - it's largely non-existent - and the pacing quite adeptly destroys any sense of tension that the story could/should have developed. There's some very bad acting all round - though I thought the main gweilo character carried himself quite well (compared to the history of the western actor in HK movies at least). Even Andy, whom I am normally an admirer of, has quite a few embarrassing moments.

But fine, if you want to criticise then WESLEY'S will give you ample opportunity to do so. Even the most generous of reviewers (which may in this case be me) can't deny its faults. But does it have charms to compensate? Yes, it does.

Chief virtue is eye candy. 90% of the movie is shot in San Francisco, and Andrew Lau's cinematography makes the city look far more beautiful and interesting than it seems whenever I go into it (as I did to watch the movie) :-/ It's pretty cool for me seeing Andy Lau, Rosamund Kwan and Shu Qi hanging about on streets I know quite well... kept looking for myself in the background, but I suspect that principle photography was completed way before I moved here.

The sets, costumes, general cinematography and editing are all top notch - a visually very slick movie... for the most part. The movie does suffer from some really badly done CGI, which is particularly disappointing after the relatively ground-breaking effects work in The Avenging Fist. There are some nice effects and cool creature designs, but mostly they are very poorly integrated with the real-life shots. Still, the effects do give the movie a unique feel and allow the makers to explore visual and narrative areas that Hong Kong movies have never touched on before.

The next main virtue is Rosamund Kwan. There seems to be quite a spell of actresses who had been quiet for the past few years coming back to prominence lately, and Rosamund shares with other examples a definite sense of maturity and confidence that allow her to shine even in a poorly defined role. She looks damn fine here too, remarkable for 40! It's pretty hard to still draw the male eye when sharing screen time with Shu Qi... and to be honest Rosamund still doesn't quite manage it in the few scenes where they are together... but when she gets the screen to herself she certainly commanded my full attention :)

The other main virtues are... ummm, a pretty interesting storyline (not script) that is quite unlike anything that Hong Kong has attempted before. There's some quite profound messages contained in there somewhere, albeit crudely fumbled in Lau/Jing's hands, but I left the theatre vaguely and briefly feeling that perhaps I should try and be a less evil person from time to time. I admire them for actually saying what most of the world only secretly thinks about America too :)) If the US location and prominent American cast were an attempt to appeal to US audiences, then there's a few lines in the script that they misjudged :p

There is quite a lot of English spoken in the movie, and like other attempts from HK to use the language, it's mostly pretty bad. There's some really awful performances from the numerous American C grade actors that they employed (always the case when the director can't guide them on delivery) - though like I said, the main gweilo FBI XX head was quite good, in a C grade actor kind of way. The English spoken by Andy, Shu Qi and Roy Cheung is a whole different level of bad, however - but I didn't mind this. It was consistent with their characters that their English would be unnatural, and unlike Johnnie To's recent movies, the characters only speak English when they have to - when they're speaking to Americans. When talking to each other, they speak a natural Cantonese... except for Andy Lau, who seems to have been dubbed by somebody else for quite a portion of his lines, and hence doesn't sound too natural . I didn't find the use of English here to be as embarrassing as I did in Fulltime Killer or Running Out Of Time II though - in fact I was even glad it was there.

It's probably clear that I'm trying too hard to defend a movie which by any reasonable assessment is badly made... but I genuinely did enjoy it, even if more of the laughs were unintentional than should have been the case. The movie certainly could have been a whole lot better, and taken out of Andrew Lau and Wong Jing's hands it almost certainly would have been. But who else but Andrew Lau and Wong Jing would have the balls to make such a movie these days? Ultimately it's not that the duo do things particularly well that makes me love them like I do, but the fact that they have the guts to try and do them at all. I'll still be looking out for their next CGI-tastic efforts anyway :)