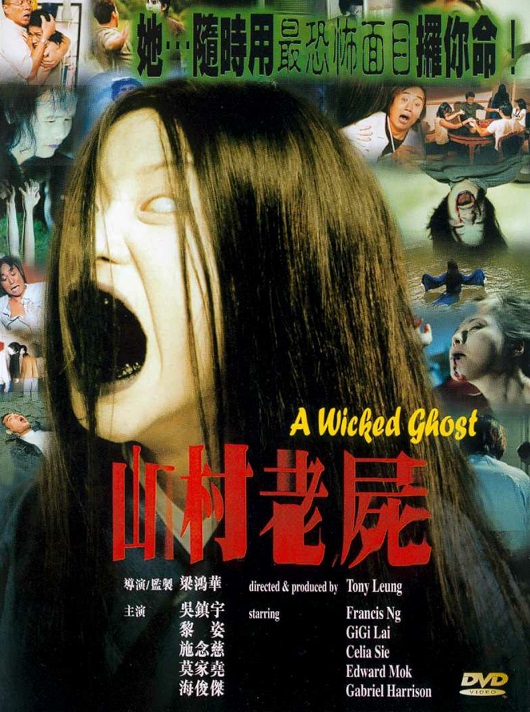 A group of friends become haunted by a ghost after performing a ritual to... summon ghosts! Not the smartest plan now, was it? Can Ming and Mr. Mo piece together the mystery and stop the ghost before it kills them all?

The film starts abruptly with little to no set-up or attempt to build drama. Within 15 minutes there's a ghost on the rampage, and the plot jumps about without much care for consistency or working the atmosphere. The film is genuinely quite scary in places, which is or was unusual for a Hong Kong horror movie - most of the scares come from the ghost aesthetic though, which is a cheap rip-off of Sadako in Ringu.

Francis Ng is good in his role, as you would expect and hope, and Gabriel Harrison is alright. The film doesn't have a lot else going for it though, and has been superceded by any number of far superior RING knock-offs.