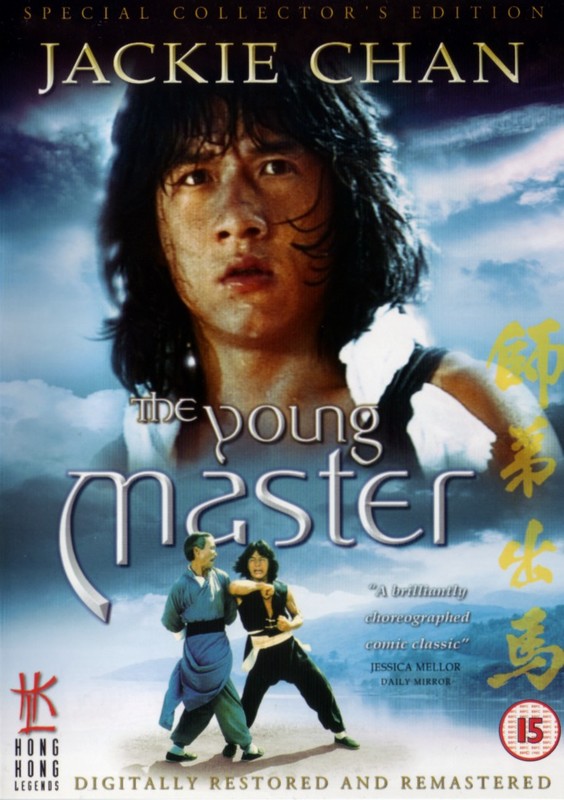 One of Jackie Chan's early films, and the second in which he directs himself. I'd seen this a couple of times years ago, but only dubbed in English. At the time I really didn't enjoy it much, but I figured I'd pick up the DVD and see how it played widescreen & subtitled. Either it makes a hell of a lot of difference or I'm just much more aware of Jackie's talents these days, because I enjoyed it immensely.

The film opens (more or less) with a lion dance competition that features some extraoardinary work that makes Wong Fei Hung's dance on the ship cables in Once Upon A Time In China look decidedly pedestrian. The competition for the prize is quite gripping, and the skills on display are remarkable.

The plot is fairly standard but well developed and directed, and provides numerous showcases for Jackie's kung fu skills. The choreography is inventive and the execution superb - I personally really enjoyed Jackie taking on a group of bumbling law enforcers carrying swords, running them in circles and disarming them with moves too fast to see. Must watch it again to see exactly how he ends up holding their swords against them. The final fight must last for at least 20 minutes, and is brutal... Jackie takes a serious pounding at the hands of the arch-villain, but keeps coming back for more and getting madder and madder until finally he starts winning by sheer bloody mindedness.

I thought I'd probably enjoy it a lot more now than when I first saw it, but I was surprised just how much more.

Edit: dubbing does of course make a huge difference, but so do the massive cuts to the English language release! After multiple repeat viewings, THE YOUNG MASTER became and remains one of my favourite Jackie Chan films, and one of the greatest kung fu films ever made!