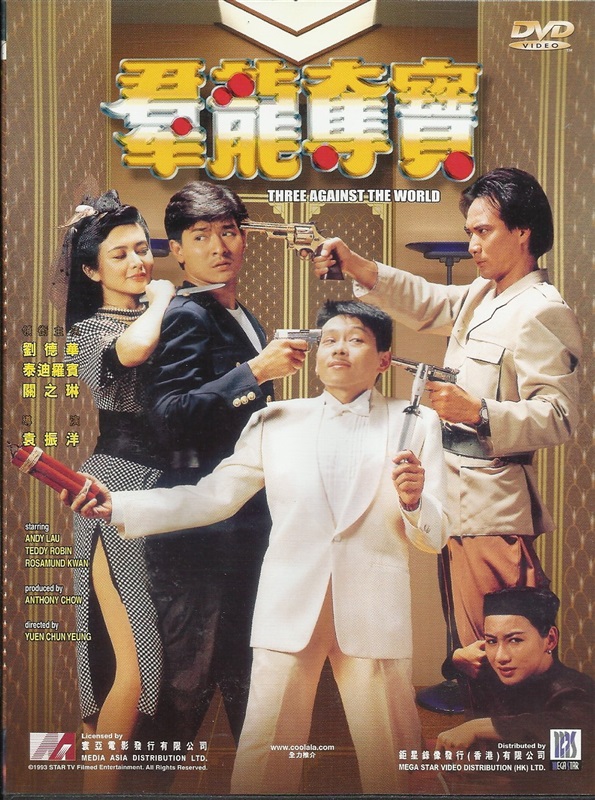 Mis-named movie, since the 3 are not against the world at all, but against each other. Andy Lau, Norman Tsui and Teddy Robin engage in a battle of wills and skills to steal or protect the original copy of the Koran (!). Could have been interesting but the schemes and plans they come up with are just rather boring and dumb. It seems that not very much thought or effort was put into the production, basically.

With one of the Yuen Clan onboard, though, you are at least assured some cool action sequences somewhere along the line, and 3ATW features some good fighting towards the end. Not really enough to save the movie from being a clunker though.