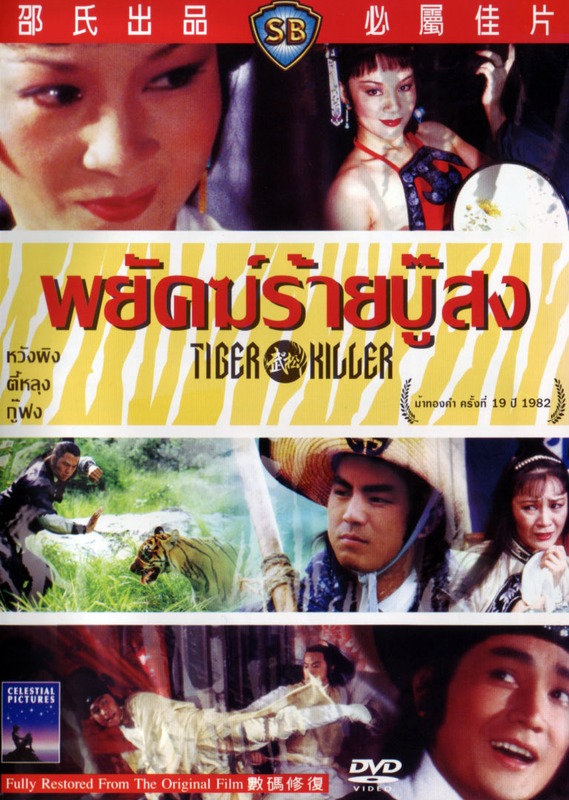 Ti Lung plays the righteous (alternatively, "uptight") hero Wu Sung, and Ku Feng is unrecognisable as his midget elder brother - who thinks he's struck lucky when he marries a much younger beauty, but... well, you can guess how that works out :)

After a weak first reel, the film settles into a solid melodrama, with Ku Feng and Ti Lung delivering rich performances and Wang Ping showing her boobs a lot (sorry, that's the best I can find to say of her!). The gorgeous set designs help to keep things interesting in a story that holds very little in the way of surprises.

Don't be fooled into thinking this a martial arts film, btw - there's only one half-way decent fight... and I'm not talking about the one with the Tiger! That scene, which gives the film it's name, is quite shocking in the long shots where somebody really is fighting an actual tiger, but when it moves in for Ti Lung's close-ups it's embarrassingly obvious he's rolling around with a tiger shaped teddy bear :p It's definitely a real tiger he kicks on the ground at the end of the fight though - I do hope they'd just drugged it!

Overall, a solid way to pass an hour and a half, but nothing except Ku Feng's bizarre turn as a midget that might make it an essential purchase.