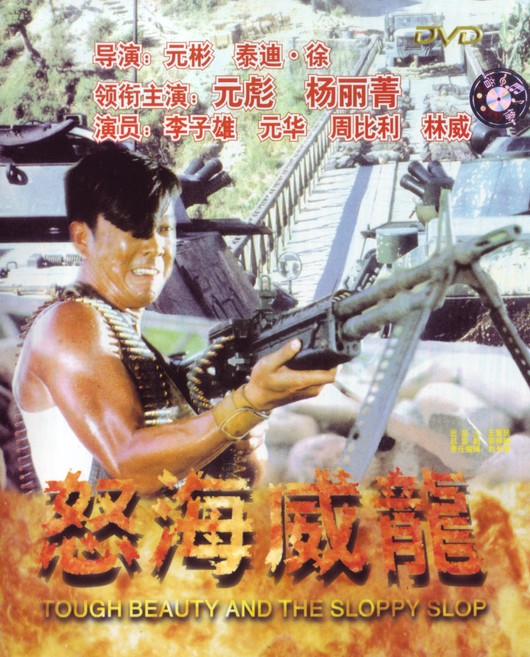 Surely the most bizarre name for a movie anywhere - I can only assume that it was a dare for the translator or something. The movie is a pretty generic cops & drug dealers type film, with Cynthia Khan and Yuen Biao going undercover together to penetrate a drugs cartel in the Philippines, posing as husband & wife kung fu criminals.

The plot is basically the same as POLICE STORY III, and decent enough but very generic. The action scenes are pretty well done, with Cynthia & Biao both kicking some ass - especially when they have to team up to take on Billy Chow in the final showdown. Not sure who the actor is that played Biao's police contact, but he put in some good fighting and acting.

Basically it's a cheapo actioner in the late 80's Hong Kong style, of note mainly as one of the last features from two of the genre's most popular stars.