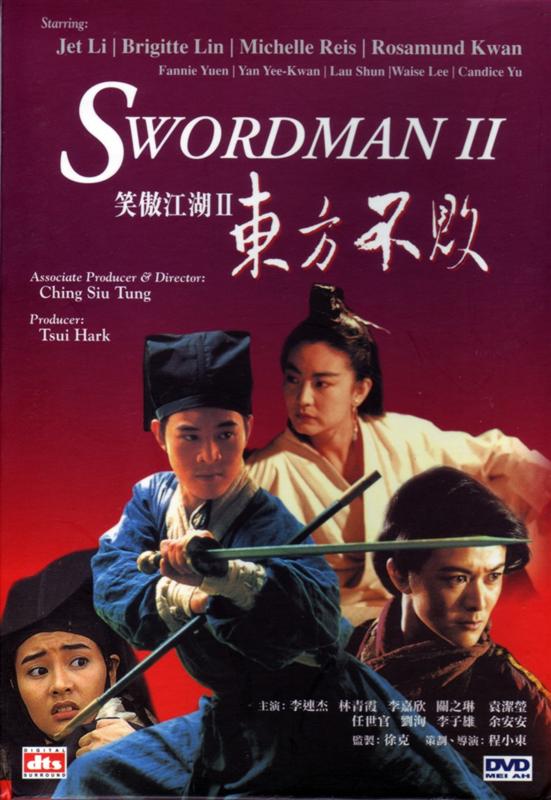 I feel like I achieved a major milestone in life - I finally understood SWORDSMAN II! Not just the overall story, which I probably got on the 2nd or 3rd viewing, but the whole thing - every character, every scene... it all made sense! It's not because I've suddenly become fluent in Cantonese, or somehow found a release with good subtitles (in fact the subs on Mei Ah's remaster are amongst the worst I've seen)... partly it's because it's about the 6th time I've seen the film and eventually it had to sink in, but mostly it's because I watched its 1990 predecessor Swordsman a few days earlier.

Watching a part 1 before a part 2 might not sound like a radical idea, but it's very common to see people recommend that a newbie skip Part 1 and go straight to the more famous sequel with this series. That's an injustice to the first film, which is actually well worth seeing, but more of an injustice to the viewer who is dumped into the story with far too many characters to get familiar with and lousy subtitles to help them do it. Whilst the story of SWORDSMAN II is basically independent, the familiarity with some of the characters and their backgrounds definitely helps to put the whole thing into perspective - even if those characters are all played by different actors in the sequel :p (except poor Fennie Yuen, who must have felt quite odd being the only person reprising her role).

Now that I've fully understood the film - the whole story and how each character came to be where they are - I have an entirely new appreciation for it. It's fantastic! First time I saw it I was blown away by the visual style and the insane action, but thought it made absolutely no sense whatsoever, and on subsequent viewings the visual aspect became less and less satisfying and the lack of narrative more troublesome, so I liked it less and less. This time the scope and power of the story made everything so much more impactful, and I finally understand why it's considered to be in the very highest ranks of swordplay films. 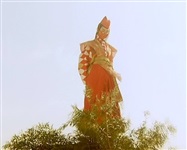 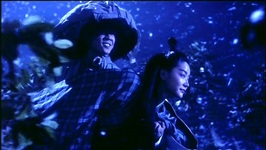 The main reason SWORDSMAN II is such an accomplishment is because it succeeds in capturing the spirit of the Jiang Hu in a way that few other films can manage, and in conveying the incredible powers that the martial arts masters of wu xia fiction are said to have possessed. The main theme of the film, as with so many wu xia stories, is the futility of striving for the power, fame and glory that comes with mastery of the martial arts world. The main character, Ling (played by Sam Hui in the original and Jet Li here) is a carefree fellow with no great ambitions - he just wants to have a good time. In both films he gets caught up in the middle of power plays between folks seeking dominance, with a secret scroll that can teach supernatural martial arts powers being seen as the key. In the second film the scroll has come into the possession of a ruthless tyrant, Asia The Invincible, who will stop at nothing to achieve power - including saying goodbye to his "little general"! The casting of Brigitte Lin as Asia The Invincible was a brilliant move, and her performance is easily the most memorable part of the film. Asia becomes much more than the usual mad villain in her hands (and more importantly, her eyes), and she can rightly be called the soul of the film. Which is lucky, because leading man Jet Li seems very uncomfortable with his character for most of the running time. The vanity, the arrogance, the ambition and ultimately the tragedy of Asia The Invincible is what makes the film truly great. 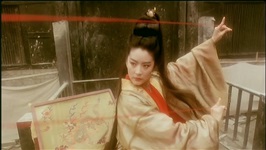 Jet Li has admitted on his web page that he never really understood the character of Ling, a drinker and a womanizer that's definitely at odds with Jet's real persona (or the one he'd like us to believe is real at least :p). I'd always felt that from watching the film too - seeing him laughing and drinking and flirting, I'd never been convinced by his performance, and consider it his weakest role. Towards the end when things turn nasty and he has to get more serious & focussed he does a much better job, but I still wouldn't recommend SWORDSMAN 2 if somebody were asking for "good Jet Li Films". In some ways I'd rather Sam Hui had stayed in the role (though I wasn't too keen on him in S1... maybe somebody else entirely was needed but I can't think of anyone around at the time who would have fit the role better)

Other characters who have a body-change between the first two films are "Kiddo" (Cecilia Yip to Michelle Reis, slight positive change) and Ying (Cheung Man to Rosamund Kwan, slight negative). Yen Shi Kwan's unforgettable appearance more than compensates for the loss of Lau Shun. 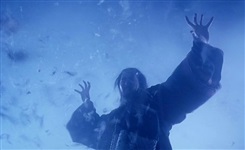 The main aspect in which SWORDSMAN 2 is truly superlative is the depiction of the fantastic martial arts power of the wu xia fighters in Jin Yong's novel. The first film was a brave attempt to establish a new visual style in fantasy martial arts, but was still a bit rough around the edges - particularly the editing of the action scenes. SWORDSMAN 2 gets it mostly right, and the sense of the incredible power the characters wield is sometimes jaw-dropping. From the subtler moments such as Chin Kar Lok running on the tips of a grass field to the outrageous moments, such as Yen Shi Kwan tearing an enormous chunk out of the ground and hurling it as a weapon, the design of the action will impress all but the most unimaginative viewers. There are definitely times when things look cheap, especially some obvious miniatures and gratuitous speed-up, and the camera could have done with being mounted a little more firmly in places, but for the most part the film looks stunning. It doesn't have the same kind of formal beauty you'd find in a King Hu or Chor Yuen wu xia film, but that's the point - they were trying to create a new style, a proper "new wave". SWORDSMAN II and Dragon Inn 1992 from the same team probably represent the aesthetic pinnacle of that wave (with Wong Kar Wai's Ashes Of Time being the main contender), and it wasn't really until Ang Lee and Zhang Yimou had a go that the bar was raised - thanks as much to bigger budgets and newer technology as anything.

I'd be interested to see what Tsui Hark & Ching Siu-Tung came up with if they decided to revisit this story and style today, with the technology to iron out those kinks and rough edges their groundbreaking 90's films had. However, the experience of Legend Of Zu has left me very wary - perhaps it's the low tech that forced them to create such imaginative ways of filming the action in the first place? Anyway, where would they find actors to fill Brigitte Lin or Yen Shi-Kwan's shoes today?