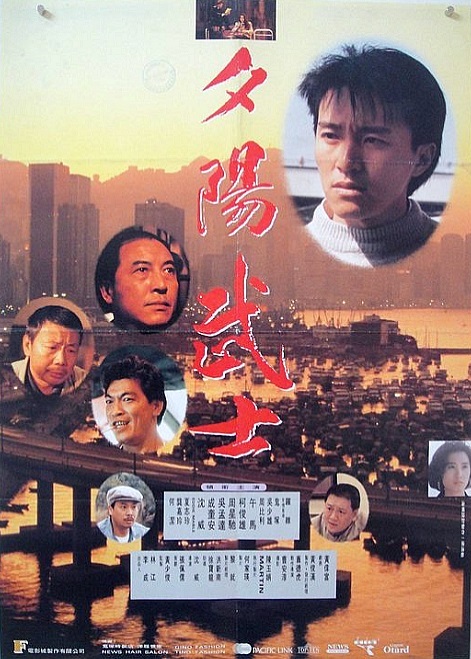 It's got Stephen Chiau and Ng Man-Tat on the front of the vcd, but don't let this mislead you into thinking it's a comedy... melodrama all the way, baby!

Chiau's role is quite small here - Tat's part is actually bigger (and bizarrely includes him doing an action scene!). Bigger parts are had by O Chun-Hung as Chiau's father, a former Dai Lo just out of jail after 20 years, and Wu Ma and Shing Fui-On as two of his former Triad boys.

The basic driving force of the movie is the young triads having no sense of respect or decency, and the old Triads coming together again to try and teach them a lesson. It's kind of an old man movie by and large... though they evidently realised that Wu Ma and Ng Man-Tat weren't really adequate matches for the young Triad kids in a fight, so Billy Chow gets brought in to kick some ass.

That final fight deserves special mention - a great brutal fight, with some bone crunching stunt work. There's a few other action moments in the movie too, but not in the same league... though it is rather special seeing Ng Man-Tat go psycho with an axe :)

Overall verdict - the movie is pretty enjoyable, but not in any way a classic.