Directed by
Genre
Not a bad movie 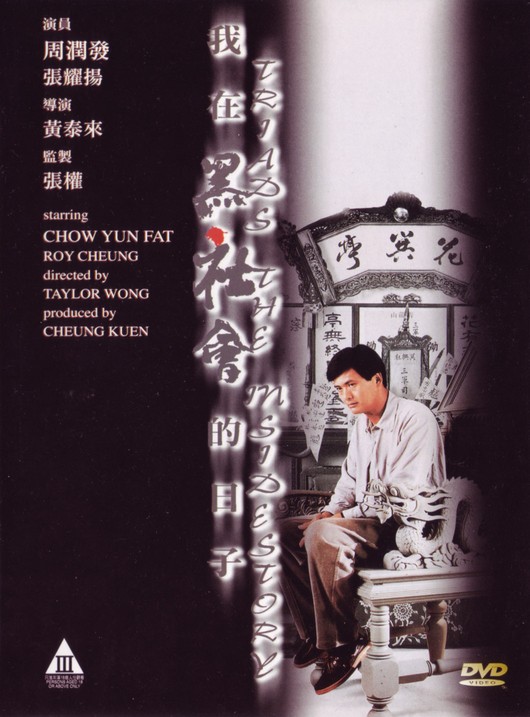 Now I'm sure there is a story to this movie, and I'm sure it's a story that involves Triads as much as the movie plot does. Telltale signs - much more detail in Triad ceremonies/details than I think had ever been shown at that point, and the fact that all the (good) Triads are such ridiculously nice and honorable guys!

Chow Yun-Fat plays the son of Hung Hing's boss, who returns to HK after years studying in the US when his father is killed by The Bad Triads. The poor Hung Hing head honchos are all terribly upset and in a state of disarray following the loss of their dai lo - how will they ever survive if Chow doesn't agree to take up the role of leader? Chow wants nothing to do with Triad affairs, but is eventually persuaded to get involved a little, which then leads to getting involved a lot.

Features any number of classic Triad actors in fairly typical roles (but nicer), with Roy Cheung being the standout alongside Chow. The story has a bit of a 'true story' feel to it - in that it doesn't have much narrative sense. I quite enjoyed it though.