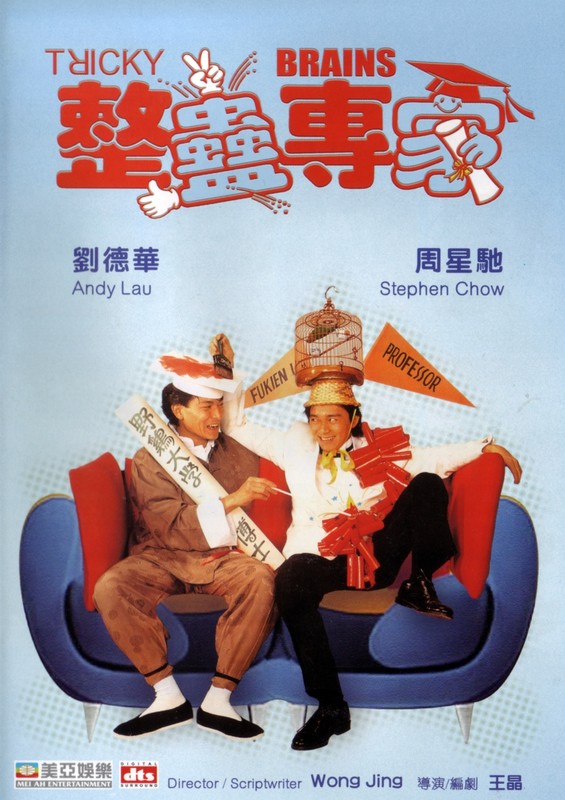 Chiau plays the "Manly Tricky Master", a private practical joker (like a private detective, but with less detective work). He is hired to 'play tricks' on Andy Lau by a jealous colleague, and infiltrates the family home of Lau and Ng Man-Tat to cause mischief. It takes quite a while for the plot to start moving, with much of the first half hour just being gags, but when it does it's quite a nice story with a little bit of heart.

The comedy is broad and silly, and sometimes rather contrived, but had me laughing quite a lot. Much was certainly lost in the subtitles though - even I could spot that there was quite a bit being said that wasn't translated. Andy Lau struggles at times as Chiau's foil, not naturally being a Mo Lei Tau kind of actor, but Chiau and Tat carry him quite well. Wong Jing has a recurring cameo that's quite good, and Rosamund Kwan and Chingmy Yau provide the female balance to the cast.