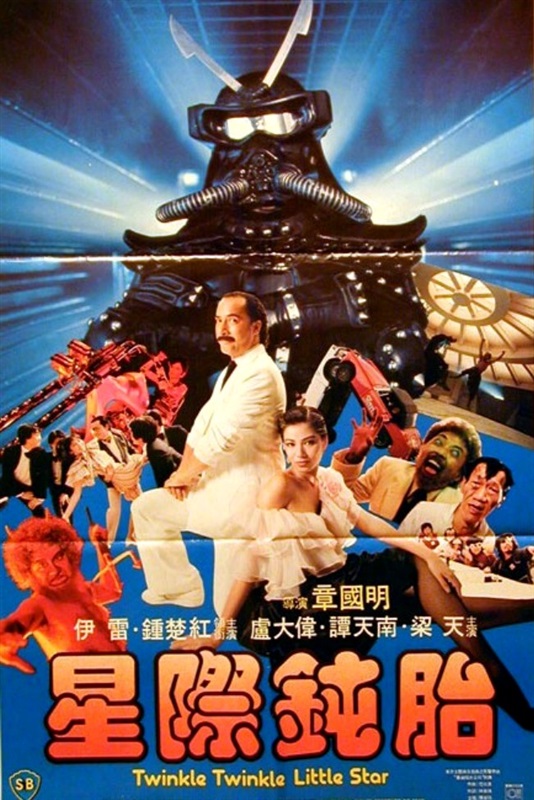 I won't even try to provide a summary for this one because, frankly, it's much too weird. It's one of the few Hong Kong science fiction movies, though the sci-fi is a background element in a chaotic mixture of... well, everything. There's almost nothing from the film industry's armoury that isn't used somewhere in the movie. The plus side of this is that movie is never in danger of being predictable - it's almost never possible to guess what the next scene will bring. The downside of this is that when the next scene arrives and you find out, you'll usually be thinking "eh? what the? why the?". Most of the time it doesn't make an awful lot of sense.

The movie is perhaps best treated as a series of comedy skits, tied together by a loose plot of alien abductions and bumbling detectives, and Cherie Chung as a ditzy young lady who seems to have the worst luck in the world. It is all kind of woven together towards the end, but it's a pretty ramshackle structure. Possibly a consequence of having six credited script writers (whom the evidence suggests probably never spoke to each other about what they were writing).

Possible recommendation, for the brave and curious.