Directed by
Genre
Not a classic, but good fluff 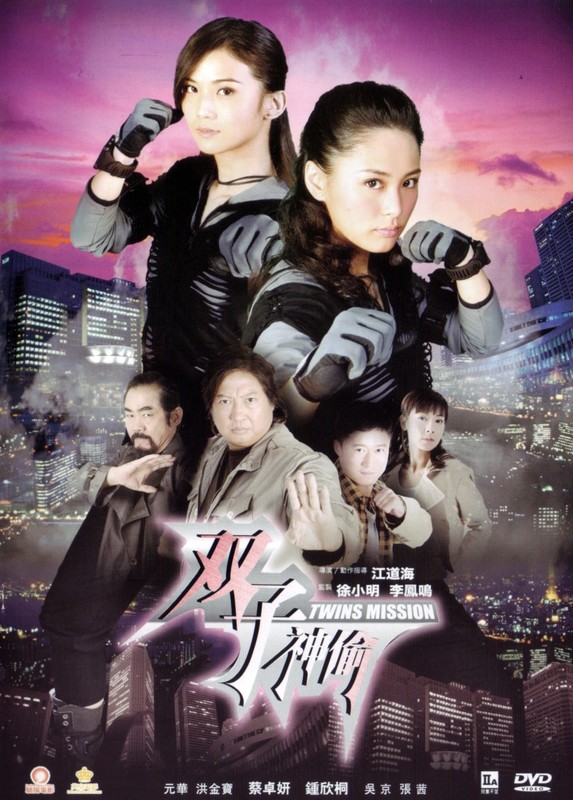 OK, let's see if I can summarise this... there's an organisation of thieves/fighters/bad guys called 'The Twins' because everyone in the organisation are (pairs of) twins. Yuen Wah used to be part of this group, but he didn't want to be evil so he got out and helped some of the young twins escape, putting them into hiding in different identities. Two of those that escaped are Jade and Pearl, played by Twins - i.e. Charlene Choi and Gillian Cheung, who are 'hiding' very inconspicuously as famous circus acrobats. A property developer wants some land owned by an heiress (Zhang Xi) and hires The Twins (evil) to get an artefact that can cure her sister's cancer, in exchange for the land. Sammo Hung wants to stop them getting the artefact, so he calls up Yuen Wah, who tries to gather together the good former twins (including Twins) to fight The Twins, to... err... nope, doesn't look like I can!

The short version - it's an action comedy, ostensibly a vehicle for Twins but with the ironic conceit of surrounding them with people who actually are twins. It might as well have been called TWINS EFFECT 3 since 1&2 had about as much to do with each other as they do with this... but it's not.

It's directed by former kung-fu star Benz Kong (with Tsui Siu-Ming contributing a lot too, it appears) and it features Sammo Hung, Yuen Wah and Wu Jing, and more real-life twins who are skilled martial artists than you knew existed, so the action is of a high standard compared to most recent HK films - and there's rather a lot of it! It's definitely in the modern style, with a lot of wires and some relatively restrained CGI, but the choreography is good and at least some of the performers have genuine talent.

The plot is pretty dumb, but I think they know it, and the script does actually make sense - even if it's not very easy to summarise coherently (alright, I admit I didn't try very hard!). Production values are reasonably high, so it generally looks good. Probably my biggest criticism of it would be the soundtrack from Lincoln Lo - it's a bit rubbish!

It's nice to see Charlene and Gillian still working together, even if not quite as often (but then they were in every Hong Kong movie made when they first burst onto the scene). They're still cute as buttons, but have grown noticably more mature and professional over the years. It's also good to see Sammo and Yuen Wah together again - they're clearly doubled in quite a few scenes, but still kick a fair amount of ass between them! Wu Jing needs a better dub artist, but when he finally lets loose in the fights he shows why he's become a fan favourite of late.

Summary - it's fluff, but it's good fluff. Not exactly a classic, but definitely worth a watch if you like this sort of thing. A real shame about the soundtrack - quite possibly cost it a point out of 10!