Directed by
Genre
a decent piece of entertainment 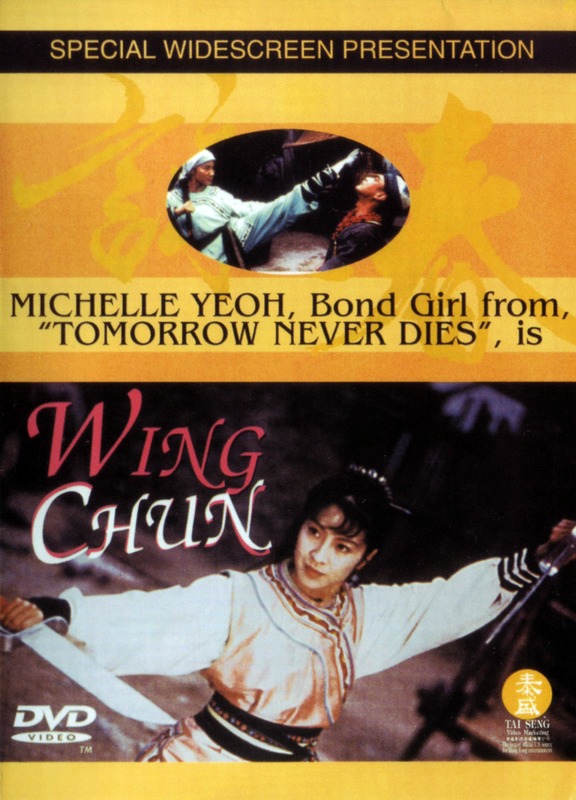 Despite being a movie about the 'founder of Wing Chun', the movie does not actually look at that aspect of her character, as one might expect - i.e. there are no scenes of her formulating the style, discussion of the technique or theory etc. (Actually I believe it wasn't Yim Wing Chun that invented the Wing Chun style anyway - her sifu did, then named it after her pupil) I doubt that very much if any of the story is based on any tale of Yim Wing Chun's life - and they don't even use real Wing Chun moves in the fight scenes! It was probably meant to be called "Kung Fu Wonder Woman" or something originally, but they figured the Wing Chun name would get the punters in :p

The film is not a pure martial arts film, since most of the time is taken up with comedy & romance (some requited and some unrequited). There's lots of HK style "comedy of errors" and some pretty frisky sex comedy... and some villains to fight with from time to time. The movie moves briskly, and does not take itself to seriously. In fact, the first time I saw the movie I didn't enjoy it because I thought it was just too silly and frivolous, but a second watch in better mood had me more entertained. Waise Lee is really annoying in his role as the scheming and lecherous scholar, but the rest of the cast put on a good show (though Catherine Hung Yan overplays the coquettisheness). Yuen King-Tan deserves special mention, playing a great comic foil to Michelle Yeoh's rather straight Yim Wing Chun.

The defining moments of the film are of course the action sequences. Yuen Wo-Ping again shows that he is the best in the business, with some very imaginitive choreography. Lots of cool spectacles. Unfortunately, this was during the phase where Wo Ping was seriously overusing undercranking - thanks to Donnie Yen's influence, if Yen is to be believed. No guys, it does not look cool to film at half speed - it looks fake and cartoonish, and makes it hard to tell what is going on. The fight scenes would have been much more effective if they'd been filmed at something closer to real time, in my opinion. Watched in the cinema they're good, but on home video a lot of the impact is lost (especially if that video is PAL, meaning that everything is sped up another 4%).

Summary: not a movie without flaws, not a deep or insightful movie, but a decent piece of entertainment in that unique Hong Kong style :)