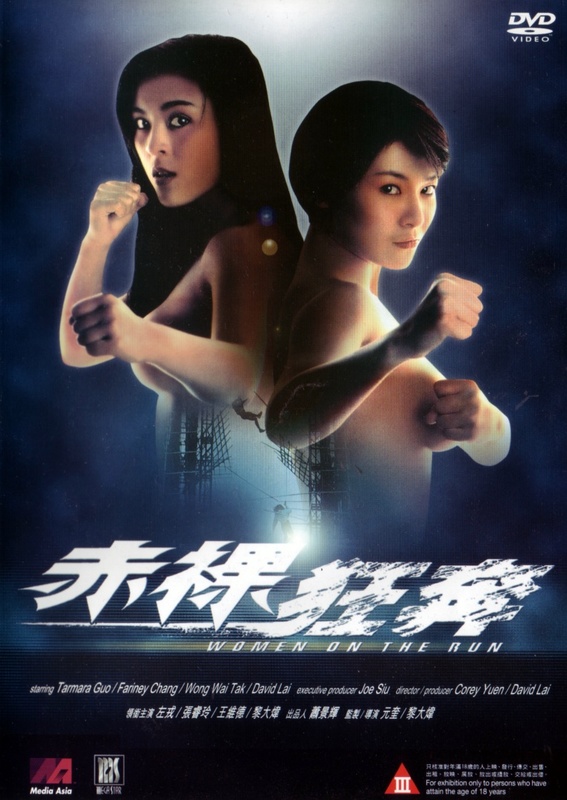 WOMEN ON THE RUN is an overlooked classic of Hong Kong's action golden age, when films were cheap and stunts were insane and women did kung fu in the nude. Not as often as we might have liked, in the latter case, but Women On The Run does its best to make up for it! Coming out in 1993 the film was perhaps a little too late for its style, which is closer to the 80's "girls with guns" films, with extra exploitation.

The story is a nice old-fashioned melodrama of betrayal, revenge and female bonding instigated by betrayal and revenge. The film scores "only in Hong Kong points" for having the female protaganists get violently gang-raped as a catalyst for bonding - subtly not being one of director Corey Yuen's most notable assets.

The film's two main claims to classicdom are cast members Tamara Guo (in her debut) and Korean kicker par-excellence Kim Won-Jin. Kim is always awesome, at least in the few films where he's been given the chance to prove it, so no more needs to be said about him - except it's a shame he didn't get more screen time. Tamara Guo is a much more enigmatic case - meaning I don't know anything about her except that she was in this film and then seemed to disappear. This is sad, and surprising, as she shows a lot of talent and potential here. Her acting may not be award-winning calibre, but it more than suffices for a film of this nature and she has undeniable screen presence. She also shows some impressive martial arts skills, which is probably of more interest to the viewer of films like this. Her fight scenes are great, whether naked or not, and it would certainly have been nice to have seen her in more films - the few she has appeared in since seem to have been minor roles and/or zero-budget crap. One can't help but suspect that it was a mistake for her to appear quite so naked in her first film, because history has generally not been full of examples of women who have great careers in HK cinema after getting naked in their debut. Amy Yip apparently observed that the key to success was to leave the audience wanting more, and once you'd shown them everything there was nothing left to keep them coming back next time. Sad, but probably true.

Still, at least we have one good, trashy action film to remember Tamara by (naked or otherwise). There's not a lot else to be said - this isn't a complicated film. Women On The Run, fighting people, including Kim Won-Jin. What more do you need to know?