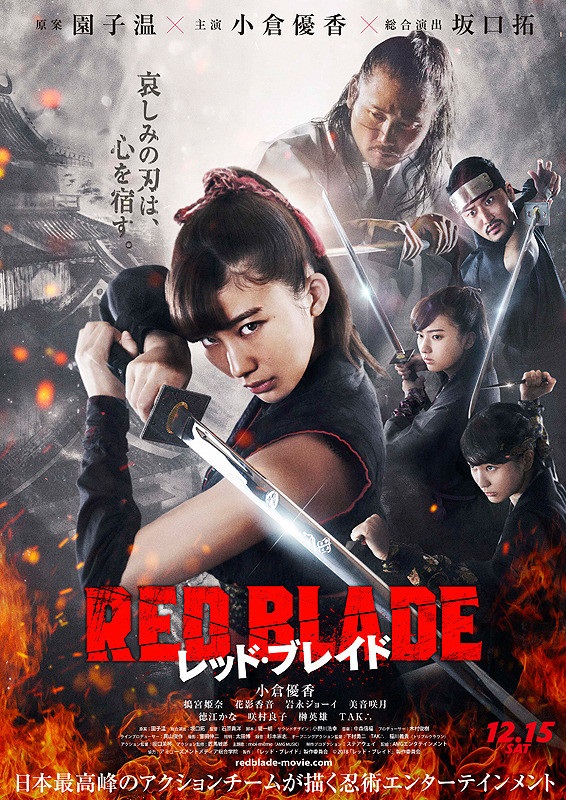 Mako has an unhappy home life and is bullied at school after her father gets in trouble with the law. She takes to hanging out in the library, where a mysterious teacher directs her to a book about ninja called Lightning Wind Blade. She enjoys the story and wishes she could be a ninja, and when she finds herself transported into the world of the book with ninja master Tak Sakaguchi offering to train her she might just get her wish. But you can't introduce new characters into a story without changing it.

RED BLADE is a curious film, clearly low budget but filmed with a dedication that gives it a style that money can't buy... well, not unless it's quite a lot of money at least. Whilst expense may have been spared, effort certainly wasn't, as is well evidenced by the numerous and enthusiastic action sequences. When an 85 minute film starts with 8.5 minutes of Tak Sakaguchi silently slicing up ninja in a bamboo forest you know somebody on set gets it.

With Tak Sakaguchi and Hideo Sakaki in the credits and an opening scene in a forest you might be forgiven for thinking this is going to be a prequel to Versus, but unfortunately the pair never actually appear together in the same scene - Sakaki plays the deadbeat dad of Yuka Ogura and doesn't have a lot of screen time.

A story of an ordinary high school girl who stumbles upon a fantasy land and becomes a ninja sounds like it must be based on a manga, but the credit for the story unexpectedly goes to Sion Sono, though you wouldn't guess he was involved just from watching the film. The story actually reminds me of PAN'S LABYRINTH - a retreat into a fantasy world to avoid pain in the real world, but the lines between worlds are much more blurred here and this film isn't nearly as dark as Guillermo del Toro's masterpiece. 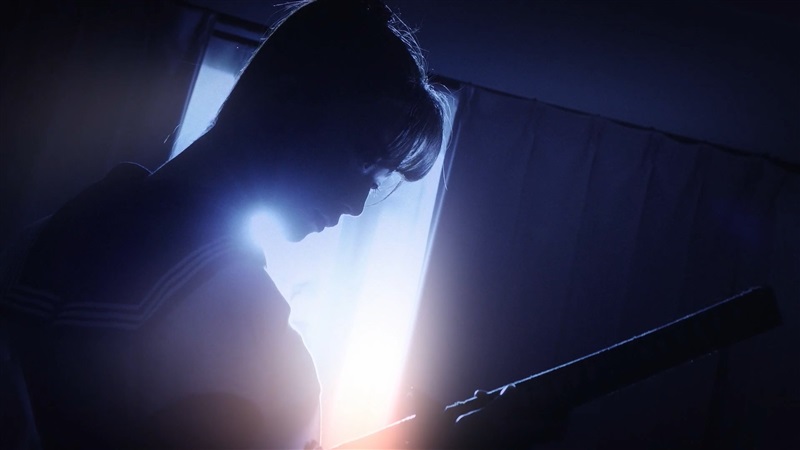 Takahiro Ishihara isn't a familiar name to me, though apparently he has a trio of previous films... I am pretty confident that I have a date with SNAKE OF VIOLENCE somewhere in my future. Although the limitations of the budget are clear, he directs with verve and manages to produce some striking images. I was particularly enamoured with the soundtrack, featuring some rather strange fragmented and distorted music that sounded like it was seeping across a dimensional boundary.

The three young actresses that play the main characters were all new faces to me, and all came off very well, even impressing in the action scenes (perhaps with some help from doubles in places). A quick google shows that Yuka Ogura is more often to be found modelling swimsuits... or in swimsuits... but she has a few films to her name and I would be quite happy to see her in more. Kanon Hanakage has a much smaller role but was particularly fierce in her action scenes - I was excited to see that she is in ALICE IN BORDERLAND, but unfortunately it's just a bit part in one episode.

Joey Iwanaga is even more impressive in his action scenes, pulling off some excellent moves and clearly not doubled at all for them. Apparently he was in High & Low The Movie 2: End of Sky, but then so was half of Japan so I don't blame myself too much for not remembering him. He definitely seems like a future action star in the making.

I really liked RED BLADE, it definitely entertained, is absolutely no longer than it needs to be, and has some of the most exciting ninja action of recent years (not a lot of competition there, to be fair). Objectively speaking it is absolutely a cheaply made film about schoolgirl ninjas, but it isn't nearly as cheesy as that sounds and was clearly made with love and care.

If you're not into this sort of film it's unlikely RED BLADE will be the one that changes your mind, but action fans will get a kick out of it, and it's available to watch for free on Asian Crush, so why the hell not?