Directed by
Genre
A time of stunt doubles 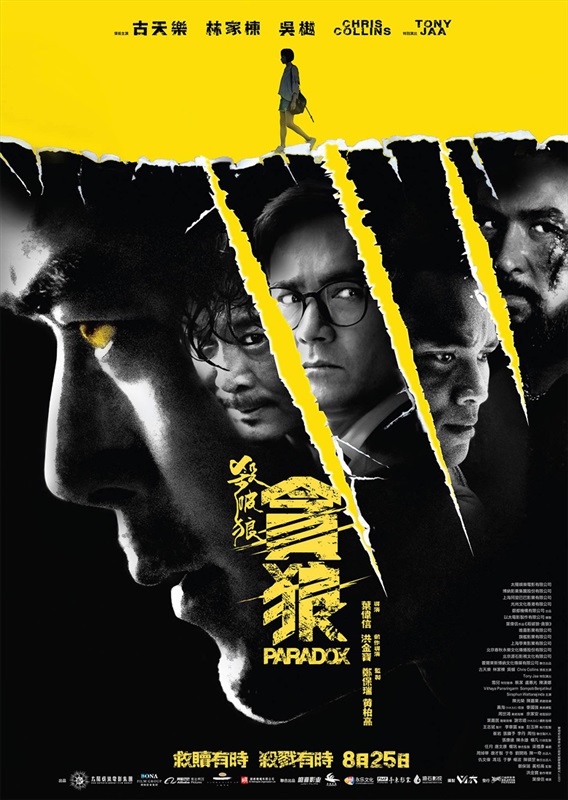 When a Hong Kong cop's teenage daughter goes missing in Thailand he heads to Pattaya to "assist" the local police with the investigation, and uncovers a black market organ harvesting ring and rampant corruption.

Paradox is the third film in the SPL series (or Kill Zone, if you prefer), though once again it's not really a sequel. Wilson Yip and Sammo Hung return from SPL, though this time Sammo stays on the other side of the camera as action director. Tony Jaa, Louis Koo and Ken Lo all return from SPL 2: A Time of Consequences but all play different characters - this a different black marketing harvesting ring, apparently they're everywhere in Thailand.

Despite the spurious alternative title Kill Zone Bangkok the film is shot almost entirely on location in Pattaya, so I enjoyed it as a sort of vicarious vacation - I've stayed in the hotel Louis Koo's daughter stayed in - it's convincingly cheap accommodation - and recognised many of the locations in the film.

SPL and its nominal sequel were both largely showcases for some gifted martial artists to demonstrate their skills, but for some reason this time around Wilson Yip would have us believe that Louis Koo has become a bad ass fighter overnight. He hasn't, and the tightly filmed and heavily edited fight scenes rather highlight the fact (he's obviously doubled for anything remotely athletic). I suppose they figured that if Liam Neeson can do it anybody can.

Tony Jaa is still the real deal of course, and his fight with Chris Collins is the film's action highlight, though the rapid editing style is carried over even when it's not really needed as the performers are actually doing their own moves. Wu Yue is also an accredited martial artist but is nowhere near as physically impressive as Jaa, and I'd have been happier if the two had swapped roles since Jaa gets significantly less screen time.

Sammo's choreography is good, and the action is exciting even if it is more a showcase of editing agility than physical virtuosity, but it is a shame they couldn't have cast somebody with some actual martial arts in the lead role. Somebody needs to tell Hong Kong that Louis Koo doesn't have to be in every film.

Credit where credit is due though, Koo does handle the acting side of the job pretty well, probably one of his better efforts on that front. The film is quite decent as a thriller even if the plot is pretty generic.

It does not have the same calibre of action as the previous SPL films though, and since that was the ticket they rode in on it can't help suffering by comparison. It's not a bad film by any means, it's suitably slick and generally entertaining, but it's not something I envisage myself wanting to watch again.