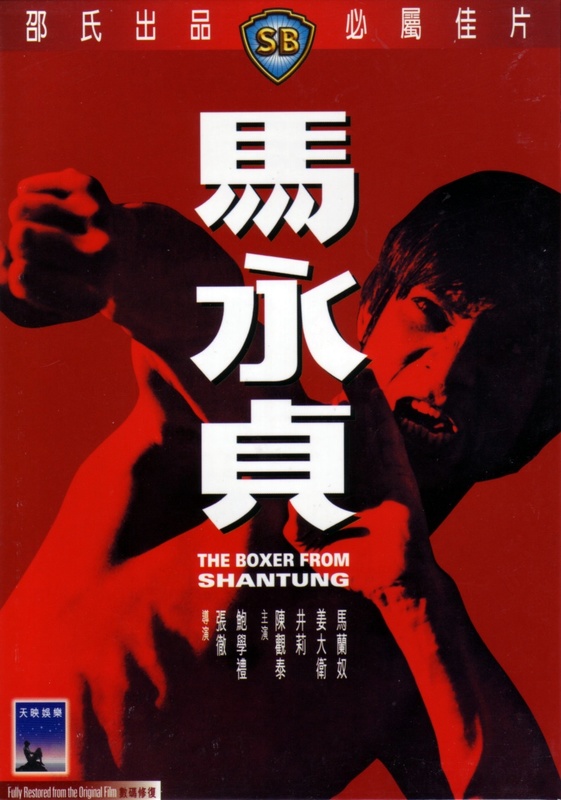 A young man named Ma Yongzhen travels from Shantung to Shanghai looking for work. He is willing to do manual labour for coins but he has bigger dreams, finding inspiration in the life of luxury and respect led by dapper Triad boss Tan Si. He sets about using his fists to make a name for himself.

BOXER FROM SHANTUNG has been remade several times and imitated many more - to the best of my knowledge this is where the template for this sort of rags to riches story originated, and probably the cinematic image of 1920's Shanghai.

This is the film that "introduced" Chen Kuan-Tai, presumably meaning the first time his name appeared in the credits since he'd had bit parts in quite a few films previously. Cant believe it took Chang Cheh so long to recognise his star potential, I don't know how you could be in the same room as him and miss it.

He had the martial arts skills that Shaw Brothers sorely needed to compete with Golden Harvest's new sensation, Bruce Lee - unlike Shaw's biggest star of the time, David Chiang, Chen Kuan-Tai had trained in kung fu from a young age - he was the real deal.

Having finally decided to give him a chance Shaw Brothers did at least pull out all the stops, employing two directors and four action choreographers for a genuine gangster epic that clocks in at 134 minutes - unusually long for a Shaw Brothers film. It is arguably a little too long, as the story isn't particularly complicated or even eventful, but it never feels like it outstays its welcome.

Given a star with genuine kung fu it's odd that a lot of the early fights happen off-screen, cutting away from the action almost as soon as it starts so it's more heard than seen. You'd think they would want to showcase Chen's skills as much as possible, but they are mostly saved for the final act. This is really where the film earns its reputation - it would honestly be quite forgettable without it, but the blood soaked finale with Chen Kuan-Tai going full Beast Mode definitely leaves an impression.

It might not be the best film of the kung fu era, or the best showcase of Chen Kuan-Tai's various talents, but it is an iconic film that no history of Hong Kong cinema would be complete without mentioning.