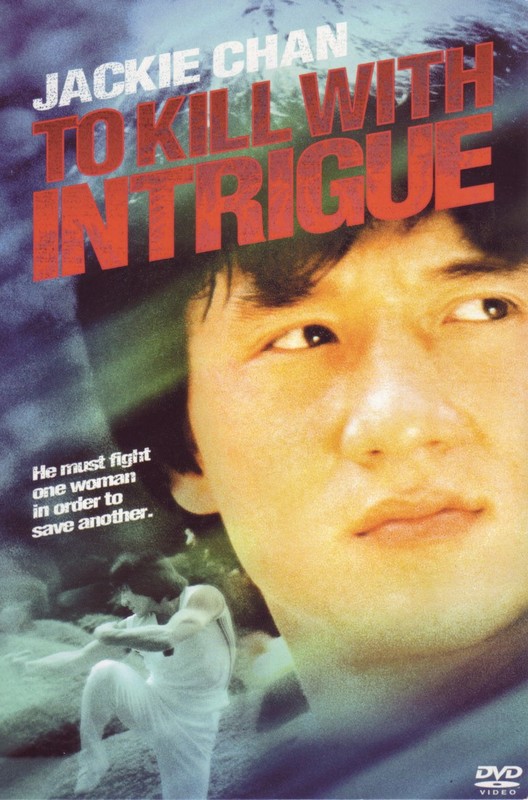 TO KILL WITH INTRIGUE was made in the same year as Chor Yuen's Clans Of Intrigue, and I presume it was based on the same novel by Ku Long. I would never have guessed this from just watching the movies though, as they have absolutely no characters or plot points in common (edit: it's actually a different one). Comparing the two, there is no question that CLANS OF is far better than TO KILL WITH. Everything about the Chor Yuen movie is better than this Lo Wei production, even with Jackie Chan in the cast.

The plot is fairly typical Ku Long stuff - rival kung fu clans, intrigue and betrayal and lots of wu xia style fighting (people leaping to the tops of high buildings and the like). There's some fairly colourful characters, though the cheap production means that the make up and costumes rarely do the characters justice.

Lo Wei just never was a terribly good director, and would probably never have been remembered by the public at large if it weren't for his association with Bruce Lee's first movie and various early Jackie Chan films. Comparing the Lo Wei directed works by those stars with almost anything else from their later careers shows how little able Lo Wei was to use them, and Jackie was lucky he got rescued by Yuen Wo-Ping, or the history of Hong Kong Cinema might have been decidedly different.

I guess TO KILL... is not a terrible movie, despite looking cheap and tacky. It has a plot that contains plenty of moments of interest, and a lot of action that is sometimes not bad. In the grand pantheon of wu xia movies it would have to rank pretty low though.