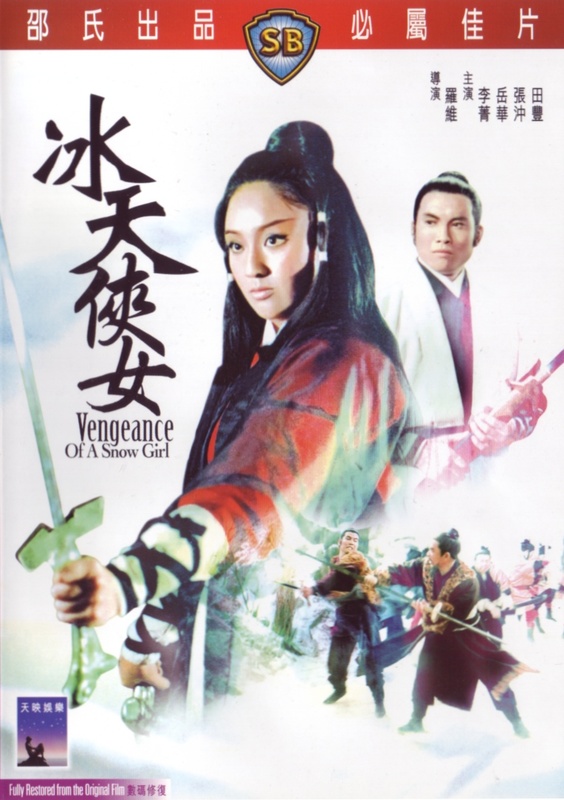 Li Ching plays Shen Bing Hong, a young woman with crippled legs but exceptional kung fu despite them. She arrives at a house where four martial artists are gathering, and without much ado announces her intention to kill them all in revenge for the murder of her parents ten years earlier. One of the four has always regretted the killing, and feels sorry and responsible for the crippled girl, so he tells his son (Yueh Hua) of a way her legs may be healed - if he can persuade her to trust him enough to go on a long journey.

Vengeance is a solid wu xia from Lo Wei - if I keep enjoying his films I'm going to have to stop saying "I don't think Lo Wei was a good director, but..." in my reviews. In fact, perhaps I'll start that now. The story is interesting, the production values very high, the acting mostly good (though Yueh Hua is a bit too drippy) and everything comes together nicely in an attractive and entertaining package.

The film benefits from some great action scenes, choreographed primarily by Hsu Erh-Niu, I expect - James Tien gets a credit too, but I don't know if that was just for the scene where he has a cameo. Young Sammo Hung is seen hanging about in the background quite a lot, so it wouldn't surprise me if he assisted too.

There are one or two "iffy" moments, and the ending is a bit odd (but kind of cool), but overall it's another good wu xia pian that fans of the genre should enjoy.