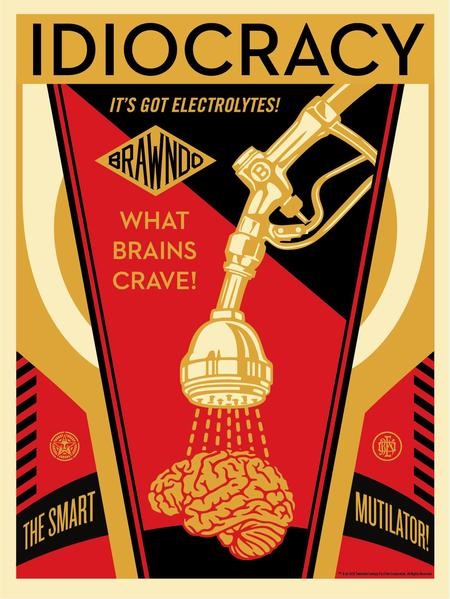 The idea for the film is great, but if you're going to make a satire about the dumbing-down of popular culture, it would seem like a good idea to offer evidence that 'smart' is better. IDIOCRACY fails because it demonstrates a barely average IQ itself.

With maybe 2-3 exceptions in the entire film, the script and the jokes are painfully obvious and uninspired, as if Judge picked the least interesting of the first thoughts that popped into his head for any given scene. It rarely takes more than three brain cells firing in tandem to understand the references and the message, even before the voice over explains it. We know Mike Judge can do satire, so it's surprising that he couldn't come up with something better from such a rich premise. Watch Futurama (or better yet, The Simpsons) instead.