Directed by
8/10 - Stylish, unique and entertaining 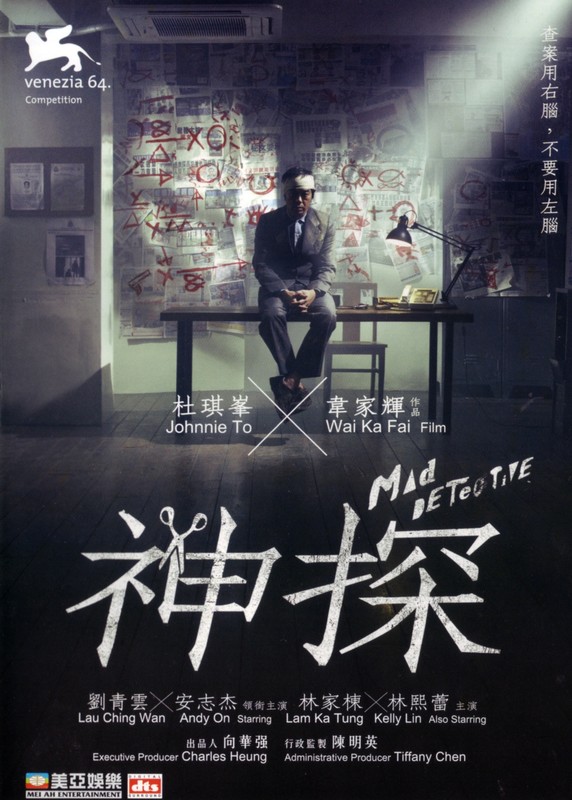 A young cop is getting nowhere with the case of a police officer who disappeared on duty 18 months earlier, so he seeks out former detective Bun to ask for his case. Bun had a formidable record of solving difficult cases, but was dismissed from the force because he was - or appeared to be - completely mad. He claimed to be able to see people's inner personalities - walking and talking around instead of the 'real' person that everybody else saw.

The star of the film is unquestionably Lau Ching-Wan, who creates a really interesting character and plays him with enthusiastic fervour. The role recalls to some degree his part in Ringo Lam's Victim, in that we are invited to question whether he is mad or can really see something others can't... except in MD there's really no doubt about the mad part, so it's "and" rather than "or" :-p Scenes are often played out flipping between 'reality' and Bun's perspective, with the 'inner personalities' he sees - often a quite different cast of characters. This stylistic device is interesting and effective, and makes the film unique.

The other star is Andy On, who does a good job - he's come a long way since his debut in Black Mask 2, a film that could have killed anybody's career. Clearly he's worked hard to develop his skills as an actor, and might just turn out to be a watchable talent.

MAD DETECTIVE is the first time Johnnie To and Wai Ka-Fai have shared the director's chair in nearly 5 years, and it's good to have them back together - the two clearly inspire each other to better things, though To has proven that he needs Wai a lot less than Wai needs him. The film is something of a spiritual successor to 2003's Running On Karma, and will probably polarise viewers to a similar degree. MD spares the viewer from some of the excesses of ROK though, and doesn't play the same kind of games with genre - it's a more accessible movie (if less profound), and doesn't absolutely require a second viewing... though I'm sure it will be getting one!

Another winner from Milkyway Productions :-)