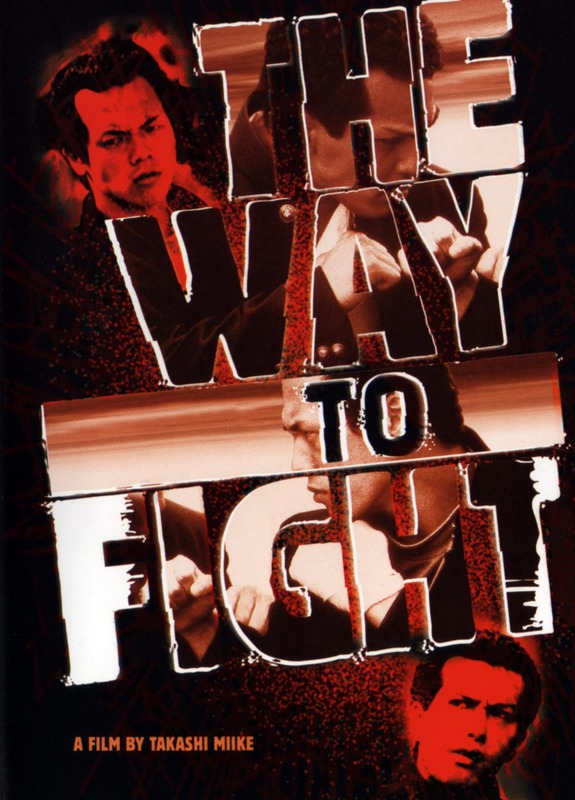 THE WAY TO FIGHT is a coming of age tale set in Osaka in the 1970's, centred around two teenagers named Takeshi and Kazuyoshi, who love to fight and are the "cocks" of their respective schools. The boys have somewhat troubled home lives, and fighting is a means of expression for them, and is used as a metaphor for general perseverance in the face of adversity - don't take it lying down! The other main characters are Kazuyoshi's friend who always feels like the "second fiddle", and the anime-esquire Ritsuko, who is... adorable :) This is one of Miike's earlier films, made just before the watershed Fudoh. It is not one of those "extreme" films with which Miike made his name, but still betrays his touch in the quirkiness of his characters, a mixture of deadpan and slapstick humour and a general level of intelligence, sophistication and wit that audiences who have only seen his more transgressive efforts may not realise Miike possesses (though it is present even there).

The pacing of the film is... unhurried, as with a lot of Japanese cinema. One of Miike's gifts is a willingness to let the characters tell their story without resorting to lots of exposition. He can actually be very subtle when he wants to be.

I suppose I should note that although the film does revolve around fighting, it is in no way an "action movie". The fights are brawls, short and sharp... sometimes quite intense, other times quite amusing. Please don't expect it to be a martial arts film though! The film is mostly a drama with splashes of comedy and quirkiness that occasionally wanders into surrealism. Sometimes funny, sometimes quite moving. Quite "low key" in the Takashi Miike scheme of things, but another solid piece of work from one of cinema's true masters.