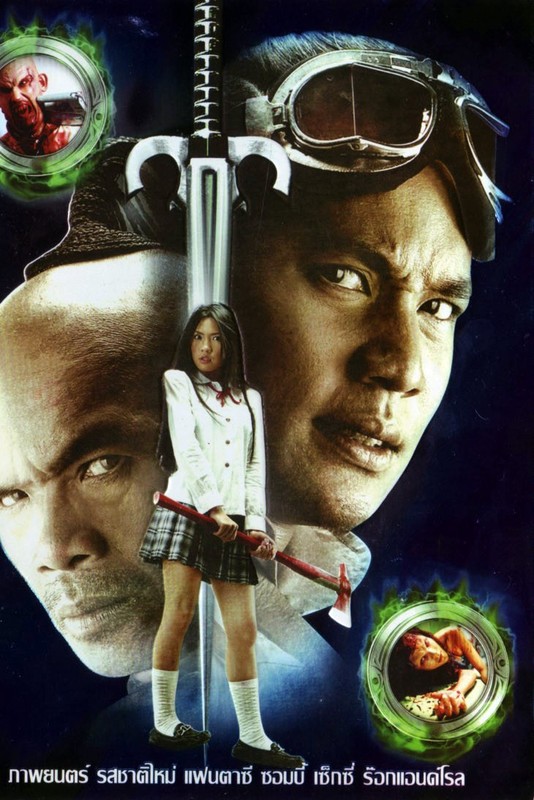 An outbreak of a mutant strain of the SARS virus reaches Thailand, turning the occupants of an apartment block into killer zombies! A motley bunch of characters end up fighting to survive, and a noble hero must rescue a sexy schoolgirl and generally save the day.

SARS WARS is a wonderfully silly, gory, irreverent and absurd zombie comedy with pretty high production values by Thai standards. It is let down at times by pedestrian direction & cinematography, and the tone is cheerfully low brow, but it contains some truly inspired ideas.

It definitely earns marks for effort and creativity, and is a FUN film to watch. It's great to see foreign cinema get released in the US that doesn't pander to the "arthouse" crowd (and isn't a martial arts film) for a change.