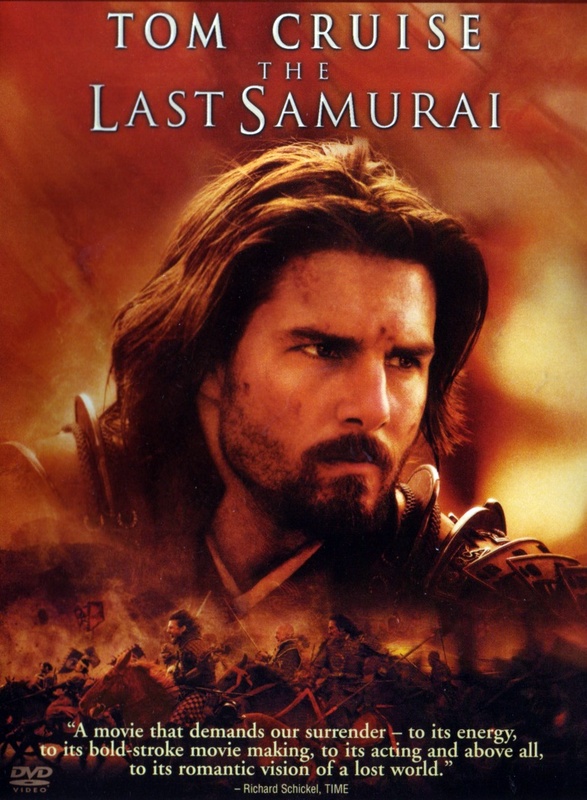 Drove up to San Francisco on Christmas Day to get a coffee and somehow ended up watching THE LAST SAMURAI. I rather enjoyed it!

I am quite sure there is going to be endless debate about whether it's culturally sensitive or insensitive or offensive or etc. I think I'm on the side of the "respectful, if not exactly accurate". There are some Hollywoodisms to be sure, and the "Samurai Spirit" is terribly romanticised, but overall it's probably more disrespectful to American culture/history than it is to Japanese, which I'm totally ok with ;-)

On the surface it is very much "Ancient Japan through American Eyes", but ultimately it's the American that is changed by his experiences much more than Japan, though the influence does run both ways. It's true that many of the Japanese characters are rather superficial, but so are most of the non-Japanese characters apart from Tom Cruise. However, it must be asked whether the Samurai ideals that Tom encounters/learns are really just an American interpretation of the "Bushido code", or even American ideals superimposed on the Samurai culture by the writers.

I simply don't know enough about the matter to answer that one :)

Anyway, it wasn't really the cultural sensitivity or the profound message that really impressed me about the film. First off, it was a really gorgeous production - great sets, costumes etc... and secondly, the fight and battle scenes were great! Some of the most exciting fight scenes I've seen in some time, and really well above average for a Hollywood film - tons better than Kill Bill for instance. The gore was relatively restrained, compared to Musa, say, but definitely present... the special effects were superb, with arrows slamming into bodies in a very convincing way, and swords sticking through people and appearing on the other side... all very realistic. I'm assuming it was all special effects anyway, though apart from a few clearly CG spurts of blood they were so seamless it could well have been real.