Directed by
Genre
Maybe marriage isn't for some people 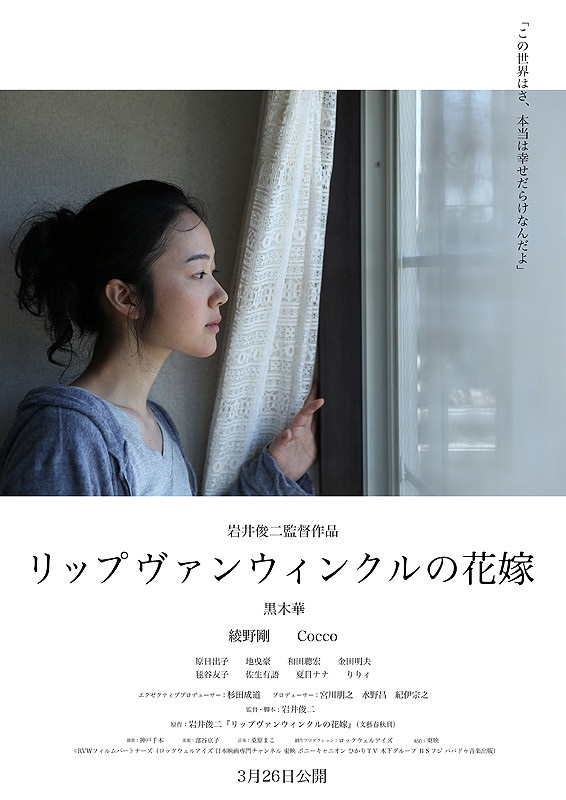 Nanami is a timid school teacher who is mocked and bullied by her pupils. She meets a guy called Tetsuya on an online dating site, and they get on well enough that soon they're living together, and not long after that they're engaged to be married. Embarrassed by the fact that her family aren't close enough to their relatives to invite them to the wedding, Nanami hires a group of actors through an online message board to pretend to be her relatives at the ceremony.

The dust has barely settled on her wedding dress when cracks start to appear in the marriage and she begins to suspect her husband of having an affair. She asks one of her message board contacts to investigate for her.

A BRIDE FOR RIP VAN WINKLE is a strange beast. It exists in three different versions - a 2 hour theatrical cut, a 3 hour director's cut and a serialised version that runs over 4 hours. I watched the director's cut. In this version at least the film gets to and through the wedding surprisingly quickly, and moves straight on to the part where everything begins to fall apart. Where it goes from there is unexpected.

Nanami is an archetypal wallflower, extremely naïve and incapable of standing up for herself, easily coerced into doing others' bidding. It's obvious from a fairly early stage that she is being manipulated, but it's much less clear what the agenda is.

The film moves through a number of distinct phases, which makes me think the serialised version is probably the natural format for the material. It's harder to see what could be removed for the 2 hour version, though apparently it's not only shorter but contains footage that's not in the director's cut so I guess it is a different take on the story. Apparently Shunji Iwai isn't completely happy with any of the versions, but the 3 hour movie is his favourite. 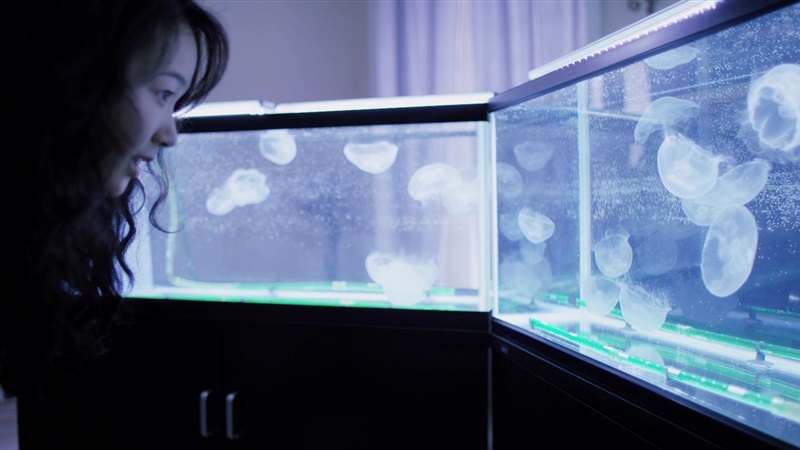 The film is shot in what is now a fairly familiar Shunji Iwai style, featuring hand held cameras and slightly over-exposed to give everything a dreamlike haze (apart from the admittedly many scenes where it's rather dark). It frequently looks very beautiful, but sometimes the hand held camera is too conspicuous in its movement, to the detriment of the film.

The soundtrack features mostly classical music, with a couple of famous pieces returning regularly - again a bit too conspicuous, something less immediately recognisable would perhaps have worked better, though a familiar piece of music starting up can be evocative.

The idea of hiring pretend family members couldn't help but remind me of Noriko's Dinner Table, and a naïve young bride being manipulated by a man with mysterious intentions certainly reminded me of Guilty of Romance - even more so when Cocco enters the story. I therefore couldn't help wondering what the film would be like if Sion Sono had directed it - a lot more visceral and depraved, presumably. It might have been interesting, and Shunji Iwai's restraint perhaps keeps the viewer at arms length where Sion Sono would drag you into the screen if he could, but the slow burn approach is effective in a different way.

Shunji Iwai has certainly used a slow burn to powerful effect before, e.g. in Love Letter. It's less effective in A BRIDE FOR RIP VAN WINKLE - I think he was shooting for Hana and Alice but landed closer to Vampire. Nanami is too passive, too much of a wet drip, which meant that although I felt sorry for her I didn't sympathise with her in the way I did with the titular duo. She's too straight laced, without any real quirks to make her interesting. Cocco's character Mashiro is definitely quirkier and I'd have liked to get to know her better - I guess that might be an option in the longer version.

I am intrigued to see how the serialised version differs, and I liked the film enough that I'd be willing to put in the time to find out - perhaps not for a while though.