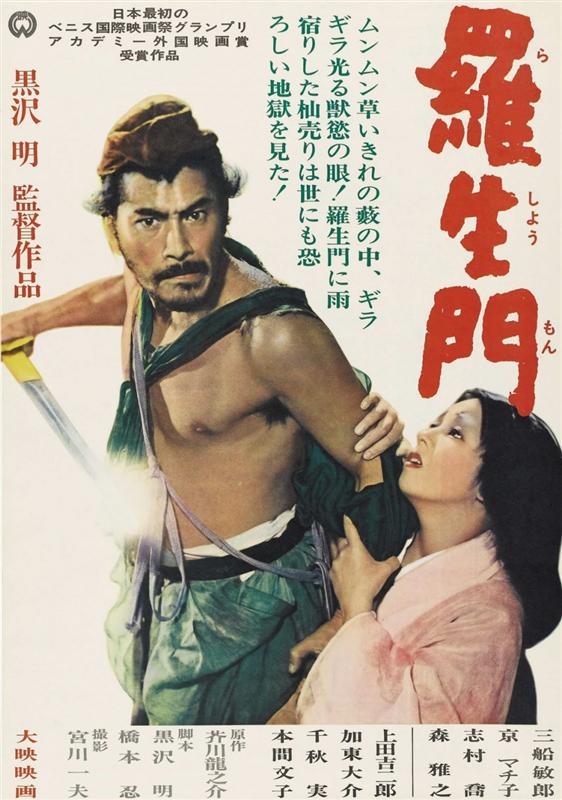 Three men take shelter from a thunderstorm underneath the ruins of Rashomon Gate. Two of them have just come from a trial, where they were called as witnesses, and are still pondering the horror of the case they have just heard. The third asks them to tell him about it, so one of them - a woodcutter who found the body of the victim - gives us his account of the trial. This mainly involves relaying the account of the accused, the notorious bandit Tajomaru (Toshiro Mifune), who freely admits to having murdered the dead samurai.

The third man wonders what the big deal is about a bandit commiting murder in a day and age when famine, war, fire, disease and simple murderous spite are the order of the day, so the other two explain that this was not the end of the trial. The Samurai's wife, who was present at the scene, was also called forth as a witness... and the account she gave of events in the forest was quite different from that presented by Tajomaru (and would appear to exonerate him). But that's not the end of the trial... we also get to hear the victim's version of events (delivered via a medium). But is even his tale really the truth?

RASHOMON is an exploration of the adage that "There are three sides to every story - your side, my side and the truth". Since RASHOMON's story involves three people, it follows that there are four sides to it... at the least. The film explores the way that an individual's perspective (including their biases and self-image) can warp their interpretation of events, and the fact that people tend to cast themselves in the most favourable light possible when recounting an incident in which they were involved. Rumour has it that RASHOMON is compulsory viewing on law courses, as an example of the dangers of taking any witness's testimony at face value.

"Everyone lies... even to themselves"

Kurosawa's view of the common man was generally pretty cynical... in most of his films the commoner is viewed as weak, selfish and easily corrupted. In many of his films there is a countervailing force of nobility, usually in the form of a Samurai, to show that man is capable of being something better than he often is. In RASHOMON there is little nobility to be found, and the priest sheltering from the rain who stands in for human virtue becomes increasingly desperate of the human race as the tale unfurls. He wonders if all men are dishonest, selfish, vain and treacherous...

"I even heard that the demon living at Rashomon Gate fled in fear of the ferocity of man!"

It is not until the final moments of the film that Kurosawa offers us a glimmer of hope that this might not always be the case. 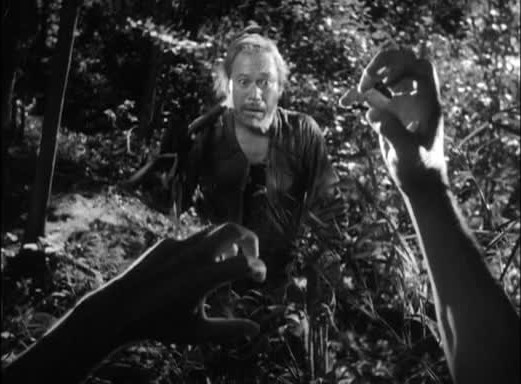 RASHOMON is a legendary film, and has been so thoroughly reviewed and analysed since its release that it is probably redundant for me to add another voice to the mix. It was probably the film that first brought Japanese cinema to the attention of the West, and is a regular feature on most critics "Best films of all time" lists (it is currently at #90 in the IMDB top 250).

Akira Kurosawa was one of the most important and influential directors in the history of cinema... one of those rare people who just seemed to have cinema in their blood... an intuitive grasp of the medium that most film-makers do not have. Other examples might be Alfred Hitchcock, King Hu and Stanley Kubrick (having a K in your name apparently helps). Whilst Kurosawa's early films (such as this one) still show a clear connection to the theatre that had been humanity's dominant venue for narrative performance for centuries, he was a master and innovator of cinematic technique. Whilst there are some scenes (most of those at the gate or the court) that could be performed on the stage with minimal difference or loss, there are others where the use of camera placement and movement and natural lighting really show the potential of cinema as a distinct art form. Many of the techiques he pioneered became a part of the standard lexicon of cinematic language, and many of the greatest directors who came after him (and many of the worst, I suppose) openly acknowledge him as an influence and inspiration.

Akira Kurosawa was always at his best when working with Toshiro Mifune, whom it is fair to describe as Kurosawa's muse - an actor who was clearly on the same wavelength as his director, and capable of delivering the character that Kurosawa had in mind, whatever that may be. He was always a charismatic actor and capable of playing a strong, noble samurai with conviction - but not afraid to play the clown, the fool or the villain if that's what is called for - as it is in RASHOMON.

Clearly, such a revered and influential film doesn't really need my recommendation - it's essential viewing... if only so that you can appreciate the best joke that ever appeared in THE SIMPSONS!