Directed by
Genre
Possibly the first film I ever really liked! 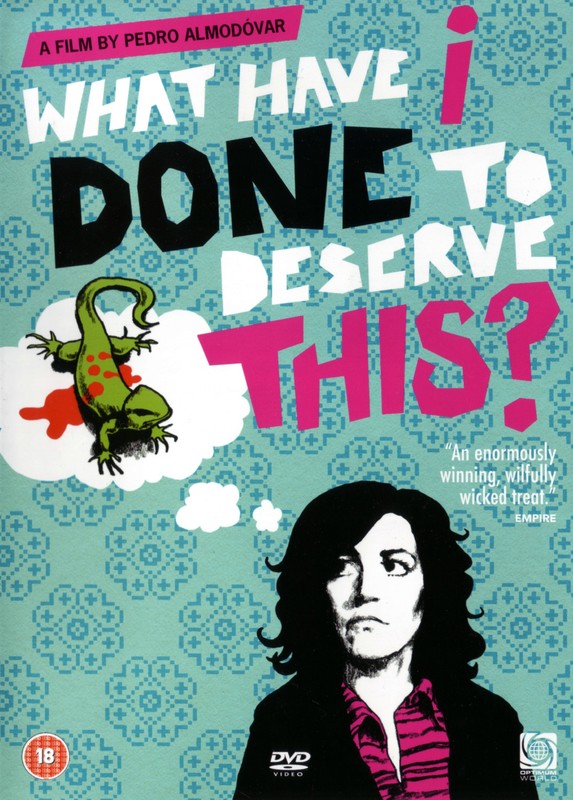 When I was young I rarely watched films - I was always a book reader. Compared to a good book, films just seemed so shallow, so predictable, so tame and conventional, dull and uninspiring... I couldn't see why anybody would bother with them. Then by chance I happened to be flicking through TV channels when I was about 15, and I came across a film that was just starting... a Spanish film called "What Have I Done To Deserve This?". I don't think I'd ever seen a Spanish film before, possibly never seen anything with subtitles even (though as an avid reader they came naturally to me), so I decided to watch it out of curiosity.

The film opened my eyes to a new world of cinema... finally there was a film that was not predictable, tired and so contrived by production commitees that any semblance of artistic touch had been thoroughly erased before the cameras even started rolling. Here was a film with something of the audaciousness and creativity that I had thought cinema was fundamentally incapable of containing as a medium.

I never forgot about the film, but I assumed that my chances of repeating an experience so randomly snatched was minimal, so I remained a book lover and continued to watch very few films.

Some 7 or 8 years later I started dating a girl who was a movie buff, and on one of our first dates she asked me what my favourite film was. I told her it was unlikely she'd have heard of it, but it was a Spanish film called "What Have I Done To Deserve This?" that I'd seen on TV many years earlier.

"Ah, Pedro Almodovar", she said. "I've got it downstairs". 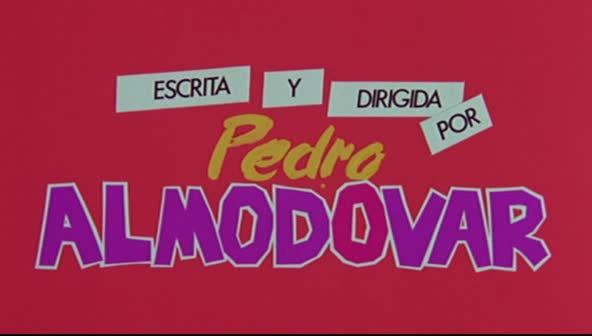 It had never occurred to me that it might be possible to find the film to watch again, or that there might be people around me who not even knew the film, but could name the director. Unfortunately the relationship didn't last long enough to lead to more cinematic discovery, but at least I now had a scent to follow.

Skip forward to 2012 and things have certainly changed... I've gone from being a literature snob to being a film snob :p I've bought WHAT HAVE I DONE TO DESERVE THIS? at least 3 times in different forms... but I don't think I ever actually watched it again until last night! Perhaps it was fear that it would not live up to my image of it, and that a long held and much cherished memory might be tarnished. I think it was just that I wanted to make sure I was in the right mood though, and sometimes that takes me 15 or 20 years :-)

I have of course seen all of Almodovar's other films since then, and enjoyed each of them to a greater or lesser degree. I consider him to be one of cinema's true masters, and the most important Spanish film maker of all time (sorry, can't be doing with Bunuel!). His films can basically be divided into two periods... his early films are generally anarchic black comedies, a sort of punk rock cinema, whilst his more mature phase began with All About My Mother (or possibly Live Flesh) and peaked with the sublime VOLVER. In both guises he shows a unique style, a remarkable gift for character and dialogue and a sharp eye for visuals.

WHAT HAVE I DONE TO DESERVE THIS? is one of his earliest films, and is a boldly transgressive kitchen sink drama featuring the travails of a housewife and cleaner (Carmen Maura) struggling to make ends meet with precious little help from her dysfunctional family. The film is a wicked black comedy in which almost no crime goes uncommited, no perversion unexplored, no boundary of taste left untested. Whilst channeling the high melodrama which his early films revel in, WHIDTDT remains relatively restrained, despite the depravity being depicted, with incidents that might be deemed shocking and traumatic passing with rarely a blip in the emotional state of the characters, already so strung out and doped up that little can phase them anymore. 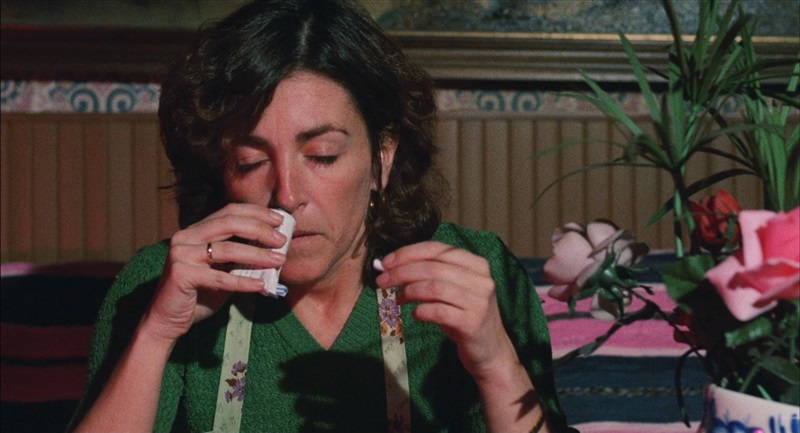 Almodovar is often considered to be a feminist film-maker, and Carmen Maura's long-suffering wife and mother is certainly the core of the film, treated with a great deal of sympathy. Maura appeared in many of Almodovar's films and was reportedly a strong influence on him, and his views on women. A visionary director often needs a lead who understands and shares that vision to realise it successfully, and Maura seems to have been Almodovar's Toshiro Mifune.

Almodovar certainly has a wickedly black sense of humour, which is especially present in his early films. Madrid's society of the 1980's is savagely ripped apart, with characters at all levels being painted in a black light. Drugs, prostitution, fraud and theft are just the tip of the iceberg when it comes to the society's ills. Whilst no angel herself, Maura's Gloria at least shows the virtue of endurance.

After such a long time and so many more movies, WHAT HAVE I DONE TO DESERVE THIS? does not seem quite as remarkable as it did when I happened upon it as a teenager, but it is still a strikingly original work, stuffed full of themes and images that few film-makers would even think of touching. There are perhaps more transgressive films out there (Takashi Miike, I'm looking at you!), but I doubt that there were more than a handful when it was made in 1984. Almodovar's creativity and daring are allowed full expression, and whilst it is less anarchic than some of his other early works it is still a testament to the potential of cinema as an art form, when creative talent is allowed to find expression in it.