Directed by
9/10 - Complex and rich, defying easy description or summary 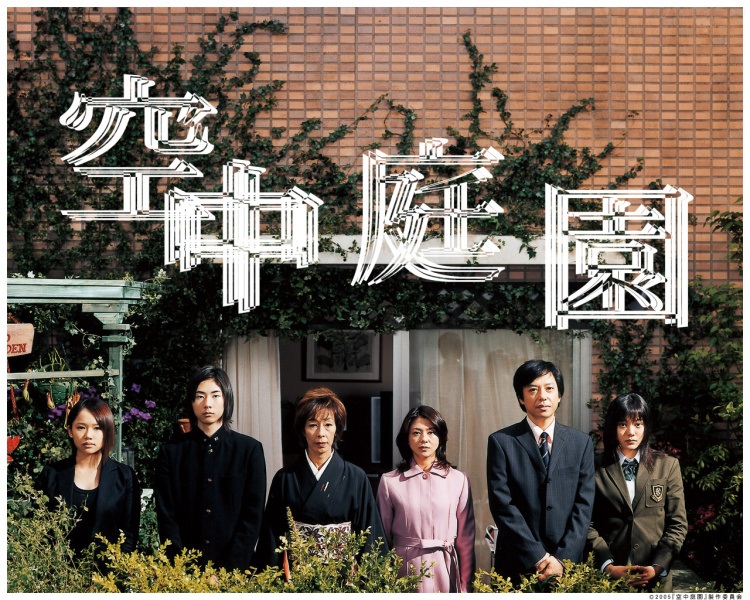 Toshiaki Toyoda's 9 SOULS was probably my favourite film at SF Indiefest 2004 (even though it was up against 2LDK), and I would guess his latest - HANGING GARDEN - will be my favourite at Indiefest 2006. It's a definite departure from his previous films about young Japanese men on the fringes of society suffering from alienation and ennui. This time he adapts a novel about a Japanese family whose motto is "keep no secrets from each other, be ashamed of nothing". The main character is the mother, played by excellent actress Kyôko Koizumi, with father, daughter, son and grandmother making up the rest of the unit.

Toyoda explained that the "Hanging Garden" is both a reference to Babylon and the "rootlessness" of Japanese society (plants in a hanging garden cannot extend their roots into the soil). The film features some very unusual and mesmerising camera work, often having the camera swing as if in a hanging basket, and at other times rotating all the way around.

The film is complex and rich, defying easy description or summary. Suffice to say that the families adherence to their creed turns out to be less than absolute.

Toyoda is a true boy wonder - originally rising to fame as a chess master, then becoming a defiantly indie film-maker and musician. HANGING GARDEN is his most successful movie in Japan (by quite a long way, I would imagine), capturing a female audience his earlier films could never have hoped to reach, as well as appealing to older generations of (potential) movie-goers. Toyoda's intelligence, his deep understanding of characters and actors and his confidence in forging his own cinematic language are all brought to a new level with this film, though it loses some "coolness" as a trade-off The film does have the same kind of subtle development as 9 SOULS, where scenes and events build layer upon layer like the composition of a painter, but for me the end result didn't reach quite the same level of awe-inspiration. Perhaps because my expectations were higher this time around, perhaps because I can relate less to the central character than any of the 9 protaganists of his last film.

Still, Toyoda has again proven himself to be a smarter and more individual film-maker than the vast majority of his peers. I'm very happy we got to see the film - after news reports surfaced that he had been arrested for possession of cannabis last year (which carries a 7 year sentence in Japan!!!) there was some doubt that it would be released. Since it was, and Toyoda was here in San Francisco to talk about it, I guess the news reports were false or the case worked out in his favour. I couldn't persuade anyone to translate my question on the subject to him :P