Directed by
I never enjoy drinking with a dead man 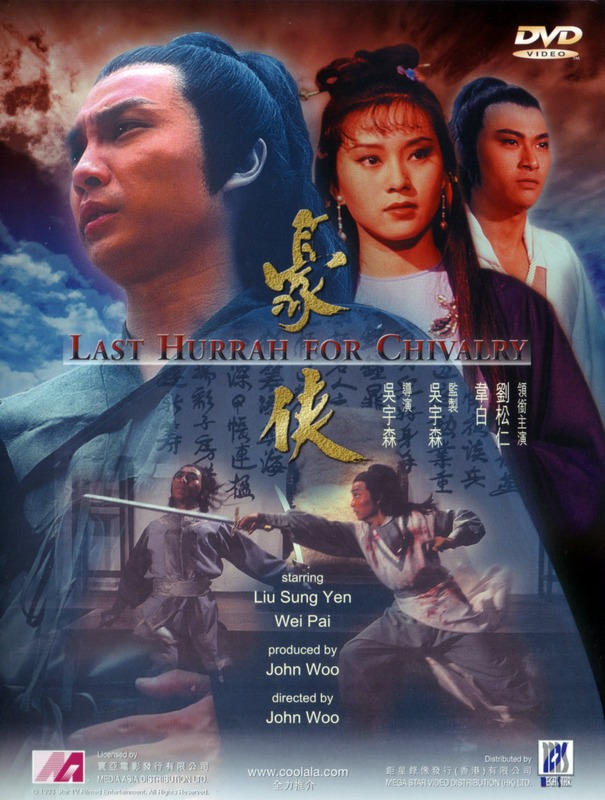 The young master of the Ko Family is known to be more of a scholar than his father, who built his reputation and estate with his fists. When his wedding is murderously interrupted by his father's rival Pak Chung Tong, he desires nothing but to seek vengeance. His martial arts teacher tells him he is not qualified to defeat Pak Chung Tong, though, but he knows of one man - Magic Sabre Cheung Sam - who might be.

John Woo is well known for his films about chivalry, loyalty, honour and the bond of brotherhood. These were the core values of the Heroic Bloodshed genre which he pretty much invented, inherited from the martial arts films of Chang Cheh, for whom Woo worked as Assistant Director. It comes as a surprise, then, to find these qualities so thin on the ground in the ironically titled LAST HURRAH FOR CHIVALRY. Woo paints a picture of a world of martial arts where greed, ambition and betrayal are the norm, and chivalry is a rare quality indeed.

This cynicism makes the film quite unusual in the martial arts genre - the one place where heroes can generally be relied upon to be incredibly heroic, and villains to be incredibly villainous. Here things are a bit more grey, though it's a pretty dark shade of grey. The film also features some pitch black comedy which was at total odds with the slapstick kung fu comedies that were popular at the time. The only comparable film from the era that I can think of is Sammo Hung's The Victim.

The film largely revolves around the relationship between Cheung Sam (Wai Pak), perhaps the last chivalrous man in the land, and the rather ambiguous alcoholic assassin played by Damian Lau, who delivers an absolutely fantastic performance.

The film is quite action packed, with some excellent choreography from Fung Hak-On. For the most part the style is quite "old school", but there are some interesting ideas and sequences which show the transitionary period that the genre was in. The highlight is probably Chin Yuet-Sang's "Sleeping Buddha" techniques.

LAST HURRAH FOR CHIVALRY actually feels more like a Shaw Brothers production than a Golden Harvest film, being shot largely on internal sets and sound stages, though it moves outdoors for some scenes such as the epic fight between Wai Pak and Fung Hak-On. It's a very nice looking film, with some camera work that shows John Woo starting to develop his own style, and the beginnings of modernisation of the martial arts genre.

A film which violates expectations and inverts genre conventions is always to be welcomed, especially when it's done as adeptly and intelligently as it is here - and featuring A grade production values and action scenes is a nice bonus. It's not something one would normally expect from John Woo, to be honest - and he would spend most of the next 5 years directing truly dire comedies for Cinema City, turning his name into box office poison, before finally reinventing himself with A Better Tomorrow. It would be nearly 20 years before he returned to the period martial arts genre, with the entirely different in style and tone RED CLIFF films. LAST HURRAH FOR CHIVALRY remains a curious anomaly in his filmography, but a very welcome one.