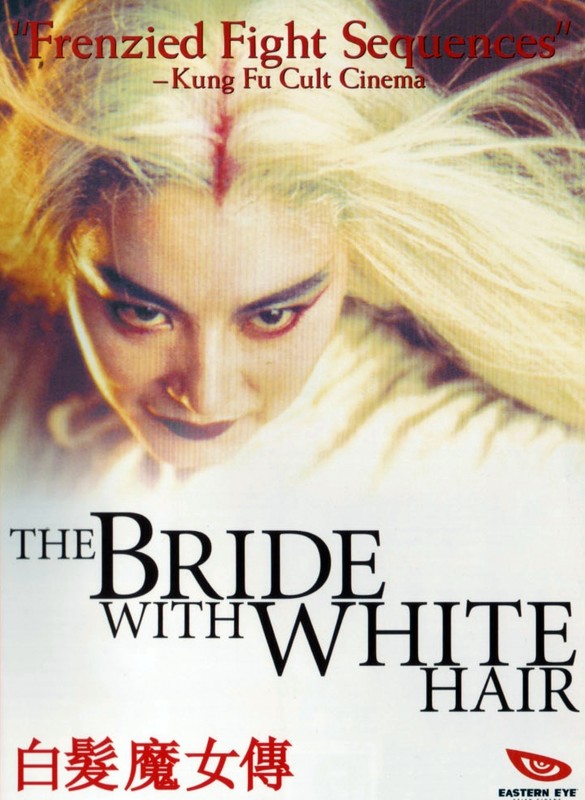 Cho Yi Hang is the favourite student of Wu Dang clan's chief, despite being an unruly child with a taste for disobeying authority - but always driven by a sense of justice and compassion in a society where ambition is more often the driving force. One day he rescues a lamb from the slaughter but is trapped by wolves... until a young girl calls them off with her flute, leaving an indelible impression on his young mind.

As a young adult he is being groomed to take over the clan, but still has that maverick streak and a habit of imparting justice even when it ruffles the feathers of other clan elders. When the Evil Sect, led by a pair of exiled Wu Dang members (who also happen to be conjoined twins of opposite sexes), rears its head and starts making problems, Wu Dang is chosen to lead the fight against them, and Cho Yi Hang is given his first taste of a role as leader... very much against his wishes, it must be said.

The Evil Sect's most fearsome fighter is a whip-wielding woman with fearsome powers known only as "Wolf Girl"... you can guess how that ties in to his youth, I assume.

Cho Yi Hang has little enough taste for the battle as it is, and when he recognises Wolf Girl as his former saviour, he feels compelled to leave the battle and save her when she is wounded. This does not go down well with his clan. The two become lovers, and vow to leave their clans and live together in exile... but first they have to return to their clans to explain themselves. Before they part, Wolf Girl - whom Cho Yi Hang gives a proper name for the first time in her life, Lien Ni Chang - asks her new lover to promise her one thing - never to distrust her. When the Wu Dang clan is slaughtered and a dying member fingers her as the culprit, Cho Yi Hang finds his promise hard to keep.

THE BRIDE WITH WHITE HAIR is generally regarded as one of the classics of early 90's Hong Kong Cinema, and for good reason. In a period when wu xia films were coming out every other week in Hong Kong cinemas, TBWWH stands out as one of the more carefully crafted examples and has a unique feel to it. It is perhaps best described as a Gothic Tragedy, an intense tale of doomed love soaked in romanticism, eroticism and melodrama. Whilst most wu xia films of the time tended towards the comedic, or at least the deranged, TBWWH remains resolute in its tragic tone, with occasional forays into the macabre and the gruesome.

If tragic and doomed are what you're going for, you couldn't really choose a better pair of leads than Leslie Cheung and Brigitte Lin - both performers who are adept at portraying seething depths of emotional turmoil. Leslie starts the film as an altogether more cheerful, good-natured individual - quietly self-confident and assured. By the end (and in a framing first scene) he has become far more tortured and brooding. Brigitte Lin smoulders with intensity throughout most of the film, apart from the brief period in the middle when the lovers' romance is fresh and promising. By the end of the film, when she has become the titular white-maned warrior, she is an altogether darker, meaner character - which gives her plenty of opportunities to use "that look", and produce another iconic character in the mould of Asia The Invincible.

The film is undoubtedly one of the most beautiful wu xia films - already a genre known for its opulent visuals. The sets and costumes are extravagant and the hyper-stylised cinematography from Peter Pau is simply gorgeous. The use of expressionistic lighting, heavy filters and canted camera angles recalls other genre classics such as A Chinese Ghost Story and Swordsman II, but few films have such artfully realised environments shot with such exquisite attention to composition. Nearly every shot could be captured and used as a poster. Perhaps only Ashes Of Time looks more beautiful in the genre. I think we should all agree that the Oscar Peter Pau got for Crouching Tiger, Hidden Dragon was really for this film, as it's far more deserving of it.

Action scenes are generally filmed in 'blurry-cam', as with ASHES OF TIME... I'm not sure exactly how the effect is achieved, perhaps with high speed film and a slow shutter speed - it creates the impression of slow motion without actually being slowed down. This means that it is often more an impression of what's happening that is captured than the details, but given that the performers are not genuine martial artists, purists should not worry that this technique is depriving them of a clean look at their talents - it's not that sort of a film. The violence is quite brutal behind the blurs - perhaps surprisingly so - with Brigitte Lin's whip in particular beheading and dismembering her opponents quite abruptly.

THE BRIDE WITH WHITE hair is arguably a self-indulgent film... the extravagance of the sets, costumes and make up and the stylisation of the cinematography, along with the intensely melodramatic script and the grisly violence all indicate that subtlety and restraint were not major considerations - but the film never feels excessive, and the lack of subtlety is perhaps one of the qualities that draws people to this particular era of Hong Kong Cinema in the first place (it certainly is for me). It is the fact that it is so unashamedly romanticised and beautiful that makes the film so powerful, and why it is held in such high regard. It is not uncommon for it to make Top 10 Hong Kong films lists, and it has probably featured on mine from time to time - certainly if the scope is limited to early 90's wu xia pian it will find a place.