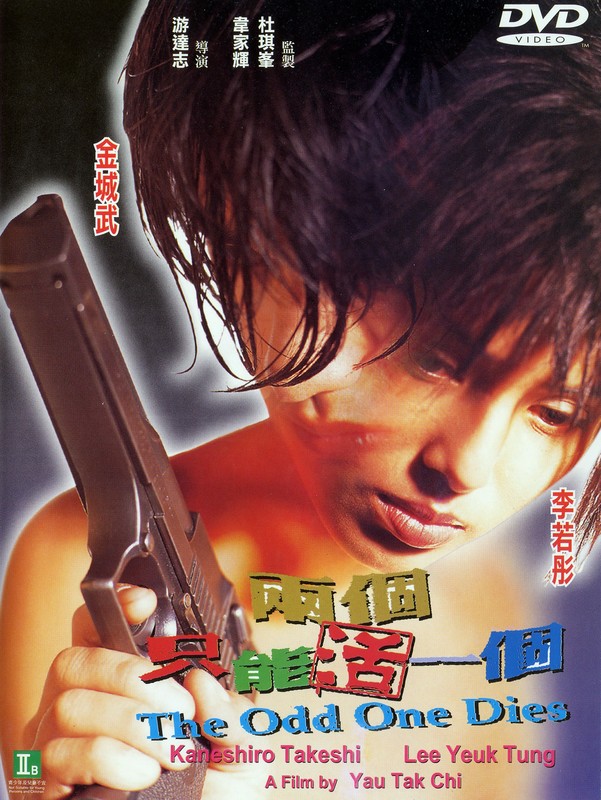 Takeshi Kaneshiro is a down and out gambler. After losing the last of his money on a mahjong game, he goes to an agent to try to get a job as a hitman. He is offered a contract on a Thai man due to visit Hong Kong the following week, for HK$88,000. He takes the money and returns to the casino, where against all expectations he manages to win big - very big. Not being particularly keen to perform the hit himself he returns to the agent and offers HK$150,000 to outsource the job to another killer. $150,000 is apparently still not enough to get a real hitman, but he is particularly surprised when the agent sends along a woman - Carman Lee, fresh out of prison and desperate for cash.

Carman agrees to take on the job, but she is no professional assassin and is keen to get out of it too... she initially runs off with the deposit, but after setting Takeshi some challenges she reluctantly agrees to finish it. The two of them spend some time together whilst waiting for the date of the hit, and the two very odd, very damaged characters form an unlikely bond. Unfortunately, both realise that as non-professionals, whoever takes on the job is unlikely to survive it. 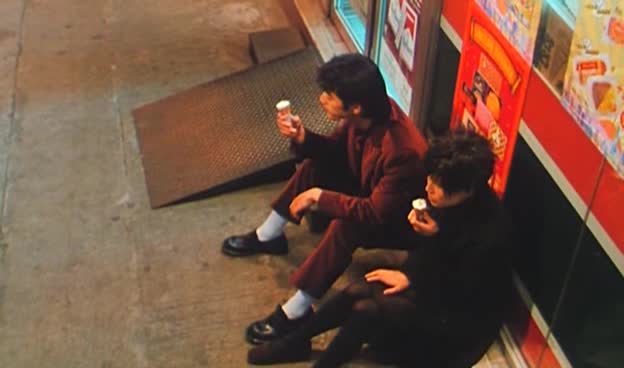 THE ODD ONE DIES is most noticable for being the first film from Milkyway Image, penned by Wai Ka-Fai and directed by Patrick Yau - in this case Yau probably did actually direct, rather than having Johnnie To step in and take over as is said to be the case with The Longest Nite and Expect The Unexpected. The film does have something of the signature "Milkyway Style" to it, though - the quirky, unpredictable script, off-beat characters, minimal dialogue, stylish cinematography and latin-tinged soundtrack all recall a number of Johnnie To directed films from the company. The influence of Wong Kar-Wai is a lot stronger in THE ODD ONE DIES than in any other Milkyway image film though... the saturated, neon-soaked colours of the film and the damaged, vulnerable people at its heart are strongly reminiscent of WKW's Chungking Express and Fallen Angels, with Takeshi Kaneshiro's near-mute performance also recalling the latter film. No inner monologues to reveal the characters' turbulent internal lives here though... we learn little about Takeshi's character at all, and what we learn about Carman's character comes mostly from a couple of emotionally charged confessionals she makes. The rest of the character development is built from actions, not words, with Takeshi's sullen stubborness and Carman's wild, desparate fear being built from the repetion and variation of a number of behaviours and scenes. 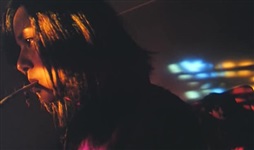 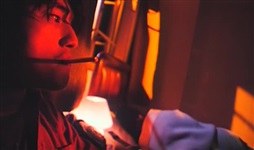 Takeshi Kaneshiro is at the centre of the film story-wise, but it is Carman Lee's character that provides most of the impetus for events. She was sent to prison at the age of 14 for murdering her cousin, under the influence of her older boyfriend for whom the vulnerable teenager will do anything, but who has had no contact with her since she was sent down. Desperately hurt by this betrayal, confused and horrified at what she had done, she is like a tsunami of emotional turmoil and unpredictable behaviour. We get the sense that Takeshi is above all else lonely and unfulfilled, looking for some sort of emotional experience from gambling but otherwise disconnected from society. He is clearly not a hitman by trade, but how he supported his gambling habit up to the start of the film is never explained. His contact with Carman Lee brings an excess of emotion and drama to his otherwise empty life - far too much for him to take at some points, but as is so often the case in movies, the two characters' flaws and problems sort of balance each other out, and bring each of them closer to a stable state. Whilst the ending is ambiguous, the audience finds themselves hoping that these two very broken people can make something a little more complete by coming together. 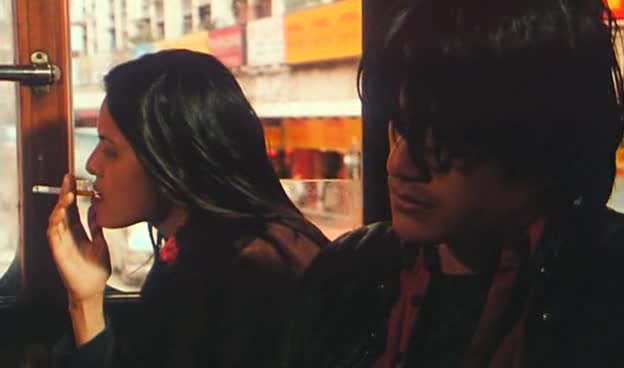 THE ODD ONE DIES is definitely not a film that would likely have been made prior to Wong Kar-Wai's emergence, though it is probably not wise to overstate the similarities to any of his films. It's fair to say that there is a detectable influence, but it is in no way an imitation or "homage" to WKW's style of film-making. The germ of the Milkyway house style is much more readily detectable in the film - the dry, black humour and the visual storytelling are very reminiscent of films like A Hero Never Dies and Exiled, and do make me think Johnnie To must have at least been a guiding hand behind the camera. It's more like the characters from a Wong Kar-Wai film have been transplanted into Johnnie To's universe than any real similarity in style. In places it actually has more of the feel of one of Takashi Miike's more low-key films (but predates most of them).

The film is nicely shot, with that uniquely Hong Kong style of "cool" cinematography, and good use made of the city's varied locations - especially the neon-lit urban nights. Raymond Wong Ying-Wah's quirky soundtrack complements the film's visual style nicely. Despite the film taking place around the New Year of 1997 (featuring footage shot at the actual countdown) there is little obvious handover anxiety on display here.

Takeshi Kaneshiro's acting is of course excellent, but that should come as no surprise... he'd already proved his ability to carry a character like this with an almost dialogue-free performance. Carman Lee had been much less tested as an actress prior to this film, being mostly cast for her looks, but she proves she has the ability to carry off a complex character with a fair amount of depth, and for much of the film her beauty is deliberately underutilised (much more use is made of Takeshi's handsome coolness). I think it's fair to say the film was a career high for Carman Lee as an actress.

In terms of entertainment value I'd probably give THE ODD ONE DIES 7/10 - it's just lacking a certain something that might make it more engaging, though I can't really place my finger on what it is. Perhaps a little more dialogue to develop Takeshi's character and background would have added something, though I do admire the film for not taking that route. For being so thoroughly quirky, inventive and off the wall it definitely deserves at least an extra point, anyway. It's not the greatest film in the Milkyway catalogue, but is certainly worth seeing for fans of the company's signature style (i.e. not the romantic comedy fluff), as an early exploration and development of it.