Directed by
8/10 - Captures a moment in Chinese history well 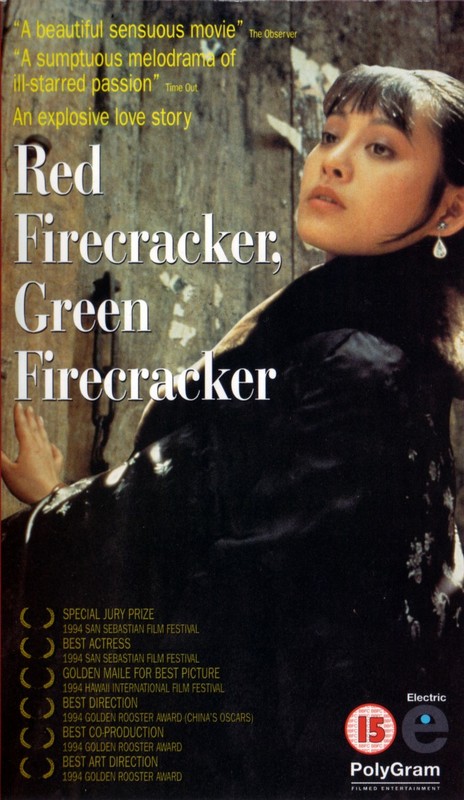 A young woman in rural china inherits her family's firework business, but does so knowing that her father was bitter to the end that his wife had not given him a son to take over instead. Managing the business requires little of her time as there are veteran managers who can take care of all the details, but it is seemingly important to them that a member of the Cai family be the head of the company. Tradition and hierarchy are all to the community that exists around the company, but it leaves the young girl with little fulfilment, with the few decisions she is actually given to make being those which are most trivial.

The regimented lifestyle of the village, which has probably been pretty much unchanged for centuries, is disrupted by the arrival of a wandering painter who takes a job in the Cai family home. Niu Bao is headstrong, passionate and has absolutely no respect for tradition, hierarchy or authority. The elders of the business find his presence to be alarmingly disruptive, especially when it awakens thoughts and feelings in the "young master" which give her an idea of a very different kind of life to that her ancestors had planned for her.

RED FIRECRACKER, GREEN FIRECRACKER feels like it could be set at almost any time in the past 500 years, with the rural locations and lifestyles it depicts presumably being much the same when the film was made in 1994 as they were half a millennium earlier. However, it's a film that could only really have been made when it was - the 1990's featured a flourishing of Chinese cinema which reflected the cusp that the country found itself on, teetering on the edge of opening up its economy and culture. These themes are strongly felt in RF,GF - the conflict between the security of tradition and hierarchy and the unpredictability and excitement that could come with reform and modernisation. Two decades later it is as impossible to imagine the film being made as it would have been two decades earlier... that moment in history has well and truly sailed, with China plunging headlong into economic and cultural liberalisation, for better or for worse.

It's not easy to say that the film takes a particular side on the subject of conservatism vs. liberation, but the possibilities of a future with more freedom probably come out as more attractive than they do dangerous in the end. Little good really comes from the conservative and repressive social structures which bind the village at the start of the film, and at least the possibility of hope springs from the side of change and liberation, despite some bumps in the road - though it might take a generation to bear fruit.

RED FIRECRACKER, GREEN FIRECRACKER is a beautiful film, in a way that only those Chinese films of the "New Wave" seem to be - un-selfconsciously painterly and bucolic, though not quite as determinedly aesthetic as Zhang Yimou or Chen Kaige's films from that period. The film is perhaps a little wilder and less refined than Raise the Red Lantern or FAREWELL MY CONCUBINE, though still a fairly gentle and sedate work.

Ning Jing is great as the young "master" torn between the crushing weight of expectation and obligation, to her employees and her ancestors, and the burning yearning for a little passion and unpredictability in her life. Wu Gang is a little less compelling as the painter, something of an enigma throughout the film as his impassive face rarely gives a clue as to his behaviour. Zhao Xiao-Rui is arguably better as the company foreman - proud, jealous, vain and petty.

RED FIRECRACKER, GREEN FIRECRACKER does capture a moment of Chinese history very well, though it is the moment when the film was made rather than the time it is actually set in (early 20th century, apparently). That wave of films and film-makers who were exploring the opportunities that were opening up in the country in the 1990's produced some truly wonderful works, of which RF, GF is perhaps not amongst the greatest, but it is one of the most evocative of the mood and mind of the time.